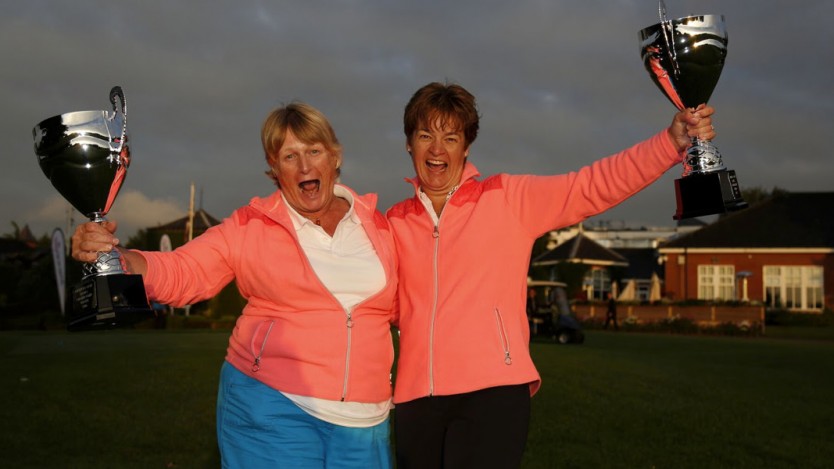 On Friday 9 September American Golf hosted its Finals Weekend at The Belfry – bringing the regional qualifiers from the company’s The Nine Hole, Seniors and Ladies competitions to the four time Ryder Cup host venue.

As well as a chance to meet some of the competitors, it was an opportunity to hear about American Golf’s plans for the future, as the retailer expands its laudable efforts to help grow the game.

Marketing Director Dan Gathercole presented the plans for 2017, which include new competition categories, and golf shows around the country.

Building on the success of the American Golf Show, held at Event City in Manchester in February, next year will see three free arena golf shows starting in March alongside four city centre roadshows.

Additionally, the company’s amateur tournament schedule will be expanded to include family, adventure golf, scratch, pitch and putt and individual categories alongside the existing nine hole, seniors, ladies, juniors and long drive events. All finals will again take place over a week at The Belfry in September 2017.

Following our call out earlier in the year in the weekly members newsletter, a number of clubs managed by GCMA members hosted regional qualifying events, and the three clubs we spoke to at the Finals Weekend all had excellent experiences.

We spoke to Marketing Director Dan Gathercole about the benefits of hosting events:

American Golf does everything in terms of hosting, and we try to give it a tournament feel, something a little bit different from a traditional club competition.

We dress the course up – banners on the tee and so on, and all the players get a registration pack. Depending on the schedule, and the retail arrangement in the clubs, we sometimes bring our tour truck down too, which just adds to that tournament feel.

We do involve clubs on the publicity side, through local press releases, coverage on Sky Sports – which this year featured all of the regional events, offering some excellent exposure – and tagging them in on our social media coverage. 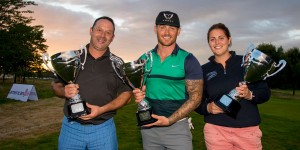 The clubs that have really got behind the events have benefitted hugely – you’ll see that a lot of the players who qualified for the finals day did so at their own course – so clubs that encouraged their members to play really increased the coverage they received. We’re beginning to see clubs produce recurring winners – and they tend to be those clubs that host events, and really get behind them. 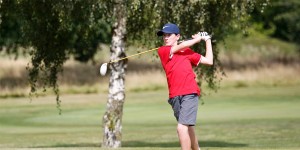 Every single club that has hosted an event has signed up to another one – and we’re keen to continue building those relationships.

We simply say to clubs to treat our events as open days – they are great adverts for the club, and they inevitably benefit from word of mouth recommendations afterwards. If clubs have got decent membership pathways, they inevitably pick up new members or least future green fee revenue. 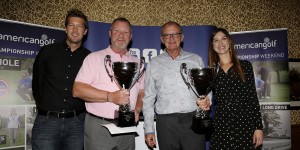 Whilst we host the days, we really encourage clubs to get involved on the day – we love to see the manager down on the reception desk, greeting players and making sure the club gets their data for communications in the future.

Alongside our expanded events, we are also beginning to work with clubs on retail solutions. We’ve got kiosks delivering a basic American Golf service where golfers can order anything from our range within three golf clubs as a trial, and the latest American Golf stores that have opened have been within golf clubs and there are a couple more in the pipeline.

If you look at what we do at venues like Three Hammers Golf Complex or High Legh,where we’ve got shops on site – we’ve got a really good relationship with the golf course owners.

If any golf courses don’t have pro shops or other retail solutions, and are interested in discussing potential partnerships, we would be happy to speak to them. Our strategy for the next couple of years is simply to work with golf clubs to help grow the game.

We also spoke to three clubs – all managed by GCMA members – that hosted qualifying events this year and discussed their experiences.

We hosted the Ladies – we have a good female section, although we don’t have many juniors, and so the exposure across the county was good for us. It was a great event – helped by good weather, and whilst I think we could have done more on the marketing side, we received some great press coverage. Indeed, one of our girls qualified in the top three, and a local journalist has come down this weekend to cover her in the final, which offers the club some great PR that we wouldn’t have got otherwise.

We will be looking to build on that exposure to increase participation at the club, and we would love to host another event in the future.

It was a great day – again with kind weather, with a full field. What we got got out of it was a great deal of exposure to people in the NW who had never played the golf course. We had several people who loved the course, but had never even heard of us before!

We used to be a members only course – so hosting an AG event was an excellent opportunity to open up the club to new audiences, and we would absolutely be looking to host another event.

I don’t think we realised what a big day it would be, and the scale of the bigger event we were part of. We are located just outside of Wolverhampton, but many people have never come across us, so the exposure AG generated helped to put us on the map and welcome new visitors.

The event was such a success, that we have already booked to host another event next year!