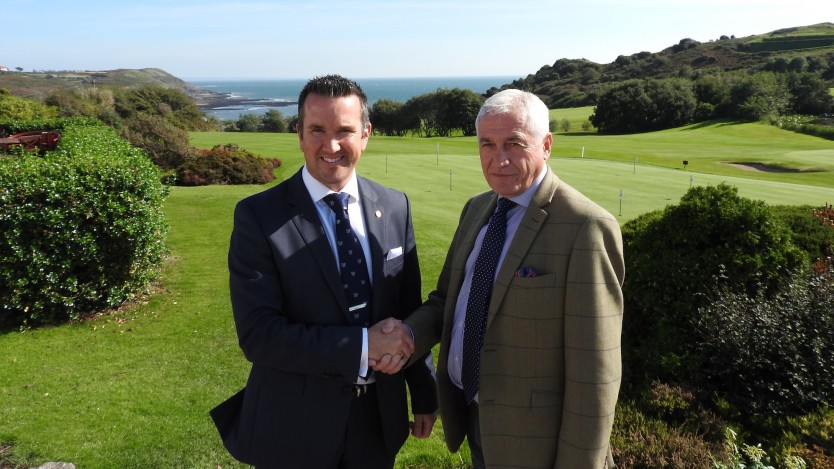 There are times when we all beaver away trying to develop, create or complete a project that never seems to come to an end, but there are other times when things just happen to fall into place. At the time of writing this column there is a substantial amount of work being done behind the scenes, which unfortunately is not quite far enough advanced for me to report on. Although we have finally agreed and signed off the GCMA Mission Statement:

The Golf Club Managers Association is the leading authority in golf club management. We are committed to delivering progressive industry specific education programmes and networking opportunities. We offer high quality services and support for our membership.

We are presently in the middle of developing a package of membership benefits that have not been previously available to members – hopefully I will be in the position to announce these at the National Conference or within the next issue of this magazine.

Whilst on the subject of National Conference, I am quietly confident that we can fill the remaining few delegate places and achieve our aim of 200 managers/secretaries to St George’s Park on November 15‑17. A game of six‑a‑side football is being organised for the more energetic of you who wish to play on the same turf (albeit synthetic) as the like of Rooney, Gerrard and company. This will happen on Sunday afternoon/early evening before the main events commence. If you would like to play please let either the National Conference organisers or HQ know.

As you will have seen from the Friday enewsletters, we have secured the services of the Futurist David Wood for Sunday evening. I can hear many of you ask “What is a Futurist?” I asked exactly the same question and interestingly the answer stems from my visit to the CMAA World Conference earlier this year where I was fortunate enough to hear a presentation from a Futurist. On returning to the UK I eventually managed to make contact with David Wood, who is the present Chairman of the London Futurists. After meeting David a month ago I am convinced you will thoroughly enjoy his session.

Whether we are talking about working behind the scenes or looking into the future, there has obviously been some developments in the hierarchy of England Golf with the decision of the present Chief Executive David Joy to move on and take up the reins at British Canoeing. I would like to take this opportunity to thank David for all the help and support that he has given me and the GCMA over his period at the helm of England Golf – we wish him well for the future. In a similar vein, GCMA members in Scotland will now have to adapt to the decision of the Scottish Golf Union and the Scottish Ladies’ Golf Union to merge and form Scottish Golf Limited (SGL).

Continuing the theme of behind the scenes, I would like to wish Howard Williams all the best on his nomination as National Captain Elect for 2016 and National Captain for 2017. Howard has been a true ambassador for the North West region and, whilst I am sure he will make an excellent National Captain, he will be missed by his region.

Finally I would just like to wish all nominees for the Manager of the Year, Team of the Year and Newcomer of the Year awards the very best of luck. I have had the pleasure of visiting the nominations for Team of the Year at High Post GC in Wiltshire plus a trek to South Wales for a visit to Langland Bay GC where Andrew Minty is the nominee. I have to say at this point that the standard of nominations has been extremely high. I look forward to the awards evening at the National Conference.