Berkhamsted: This GCMA Club is famous for… 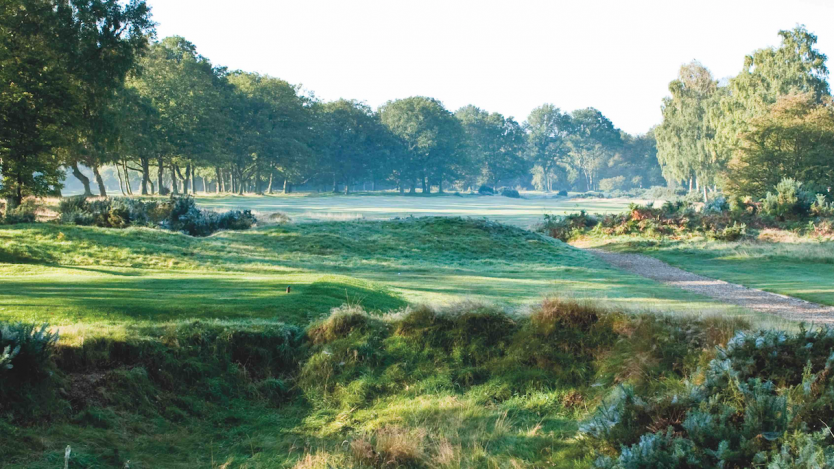 Bunkers – the curse of the amateur golfer. So easy for the professionals, so damned difficult for the rest of us.

Anyone who has ever been enjoying a good round and then wedged their ball into the face of a trap will know the feeling of despair that comes over in a wave after finding the dreaded fine stuff. Two or three thrashes later and that’s the temper gone – along with the scorecard.

Unfortunately for us, bunkers are a fairly central and pivotal part of golf course architecture. Or are they? At one Hertfordshire course, there is not a grain of sand to be found. Berkhamsted is a bunker free zone.

Found quite high up in the Chilterns, this course has been here since 1890 and changed little since James Braid loaned his talents to it in the 1920s. In fact, not only are there no bunkers at Berkhamsted, there are no modern man made hazards either. No artificial lakes, no dug out ravines.

That’s not to say, though, that there aren’t obstacles to overcome. Gorse, heather, bracken and trees provide the usual challenge, alongside something a bit more unusual. The Iron Age Grim’s Ditch, a lengthy trench thought to have been constructed in about 300BC, and passed through Berkhamsted, can get in the way if you are not careful.  Remnants of the ditch can be seen on the common and mounding is said to run across the northern part of the course and through a number of the holes.

Berkhamsted is not the only course to cope without liberal amounts of sand. Dollar, on the slopes of the Ochils in central Scotland, and Royal Ashdown Forest’s Old course are just two further examples. But this natural test of golf, which has been laid before countless numbers of promising players in the Berkhamsted Trophy, is a charming experience.