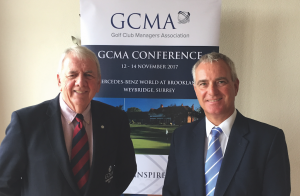 Some readers will remember the dominant credit card of the early 70s to late 90s. The marketing was easily remembered: ‘Access – your flexible friend’. The card was flexible and friendly – unlike the golf club membership process.

In those days, obtaining membership was a waiting game and I experienced this in 1983 as I went through the daunting process of joining a private members’ club. The only other choice was to pay and play at a municipal, as the development of the proprietary sector was only in its infancy. So I chose to wait in the queue.

Twenty years later, in 2003, when I became the secretary/ manager of my club, there was still only one membership interview session held each year. How different things are in 2018. We are all aware that supply exceeds demand as far as golf courses are concerned. In addition, the rise of the nomadic golfer, who doesn’t want the status or the cost of full membership but is happy to play wherever and whenever the opportunity arises, has wiped out the membership queue in the majority of golf clubs.

Overall participation levels have dropped. The latest figures have indicated that only 14% of registered golfers in the United Kingdom are women and girls. Many clubs struggle to increase their numbers in this segment.

My club manager, Garry Lacy at Ashton-in-Makerfield, in conjunction with our PGA professional Peter Allan, developed an initiative to increase the female membership during 2017. A series of local radio adverts, coupled with invitations from existing members, brought newcomers, relatives and friends to the club and this was linked to free coaching sessions. From an initial group of over 30 who attended the first session, 16 signed up for the trial offer and a pathway to full membership was outlined with discounted fees for the first year and into year two. Fourteen have now joined the club – a real success story!

The R&A will shortly introduce a ‘Women in Golf Charter’ and some County schemes are being linked to this launch. Lancashire, my home county, will be pro-active in this field this month, with over 220 delegates attending a specifically linked conference. Golf clubs have woken up to these challenges with many initiatives, to develop the game and encourage commitment to membership, being introduced. The governing bodies have been pro-active in changing many of the traditional elements of the game as we move through the 21st century. Rules are being made simpler, formats shorter and pace of play quicker. A positive and committed implementation of such changes is necessary to ensure the future of the game, as we respond to changing lifestyles and diverse consumer demands.

« Older In the Loop
Newer » Matter Of Opinion: Keeping It Local