Why uncertainty remains golf’s biggest foe in a Covid world 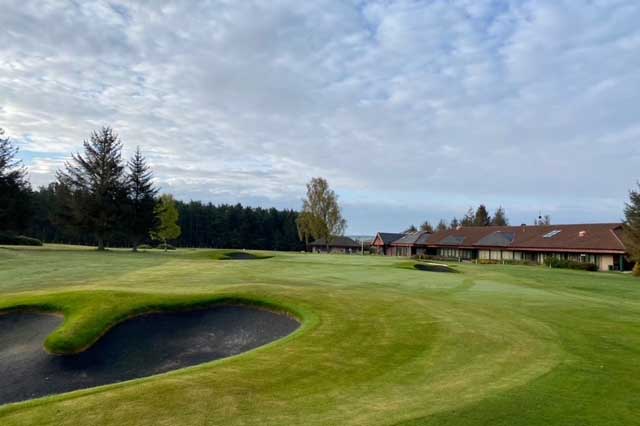 Scottish golf courses may still be open as coronavirus bites but that hasn’t stopped a sense of uncertainty, as Ladybank’s general manager Martin Ball explains Ladybank are open, but just one announcement could change all that. That’s the problem with running a business during a pandemic. Everything is up in the air. How do you plan in such uncertainty? “It’s very difficult,” concedes Martin Ball, the Fife club’s general manager. “We’re trying to do it month by month. “Obviously, at the moment it’s fairly quiet on green fees but I always base things on when the daffodils come out – then everybody will start coming down to the golf course. “It’s trying to plan those green fees for March, April and May. I didn’t expect, when all of this began, that we would just drag on. “We went home on March 23 last year and I thought we'd all be back at our desks by May 1. And it just kept going on and going on. We didn’t really start seeing any big visitor numbers pick up until the middle of August. “So it’s very hard because you just don't know from one week to the next what's going to happen.” You learn to adjust when the world’s spinning so much. “It’s fantastic to see how flexible your workforce can be,” Ball adds. “They’re quite happy and open to changes as we’ve gone on. And there are all sorts of things to deal with, mainly around health and safety. “We had to suddenly stick lines down in the lounge with arrows, have separate doors in and doors out, and completely check the cleaning regime of the whole clubhouse. “Even when the clubhouses reopen, there will be all sorts (of issues) and we have a re-opening tick list to adhere to. “It’s quite intense and you’re dealing with stuff you've never come across before.” Amid that uncertainty, Ball is crossing his fingers that Scotland doesn’t find itself thrown into the kind of lockdown experienced by his colleagues south of the border. Two-ball golf is a challenge when everyone wants to play, and the weather at the start of this year was hardly cooperative. But at least golfers can play and, with renewals in February, it’s important for Ball that members aren’t stuck at home thinking of other ways to spend their money. “We were lucky the first time around because the annual subscriptions had already been paid. Then the pandemic hit in March and that affected clubs who didn’t do renewals until April. “Now, we’ve rationed the members to three games a week, but the one advantage we've got is that Ladybank is a heathland so it plays like a links course. “Once you get a deluge of water on it, it’s drained within about six hours and completely playable.” Even in these most trying of circumstances, though, there are green shoots. Vaccination holds out the hope we can return to some kind of normality by the summer and Ball has...
This is member only content

« Older ‘It’s difficult to find a reason to get up in the morning’: The forgotten faces of golf in the pandemic
Newer » Pandemic promotions: how Tom stepped up in the midst of a crisis