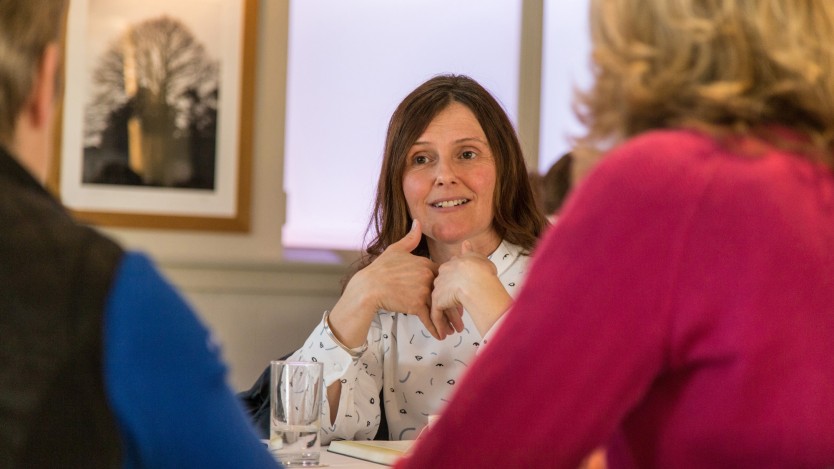 Chief executive Bob Williams announced the formation of the group at the GCMA Conference last November as part of the association’s commitment to achieve a more inclusive culture within golf.

The focus of the meeting was to discuss how specifically to support the achievement of gender parity in all areas of the industry and especially within golf clubs. 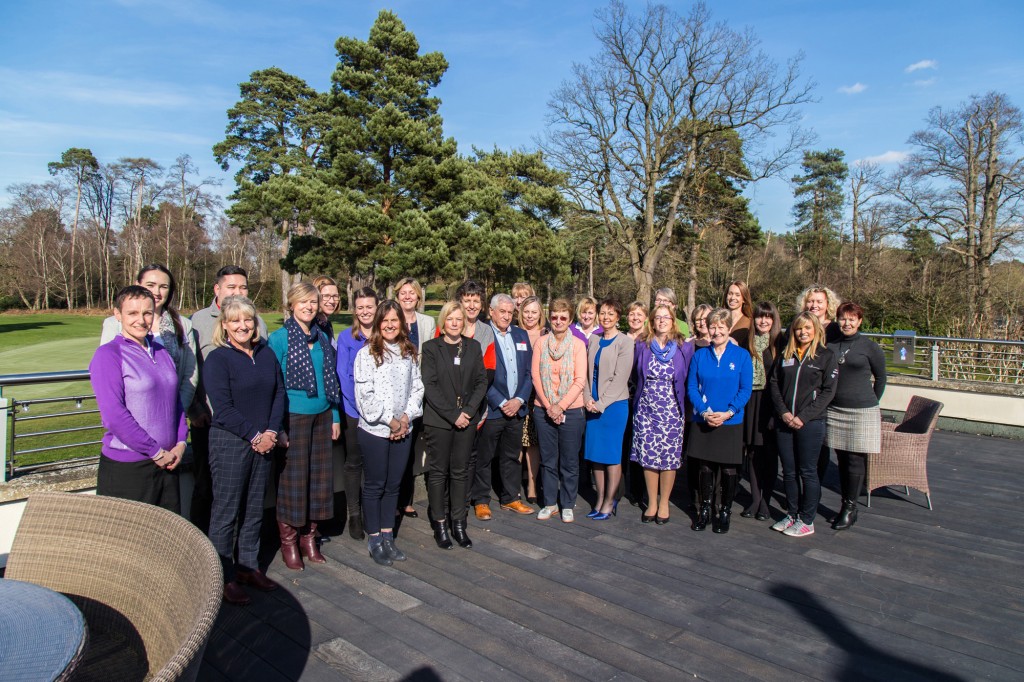 A roundtable format aimed to encourage honest and lively discussion, while the floor was regularly opened up so attendees could direct the initial talks. They raised challenges, that they were experiencing personally, which were hampering their development and achievement.

When asked what they wanted to achieve from the first meeting, common themes emerged and seven of those – including maintaining a work/life balance, changing attitudes of committees and golf club members and building a network of support – were the focus of the rest of the day.

The overall vision for the group is to develop best practice and create consistent opportunities to advance gender balance through the rest of the year, with the aim of developing a wider programme of events and initiatives next year. 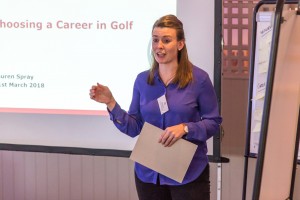 Jackie Davidson, assistant director – golf development at The R&A, passionately described her desire to develop female representation in the industry. The Women’s Golf Leadership Group is closely aligned with The R&A’s Women’s Charter, which will launch soon.

She explained: “It’s important that, as part of the charter, we engage with the national associations and organisations that we have a relationship with – because everyone has a part to play in pledging and working towards trying to make golf more inclusive and changing the culture and environment within golf clubs.

“I think the women who have been here have emphasised that there is a need for these types of communication networks and also that there is an opportunity to influence and make that environment within the golf club more diverse, more inclusive and encourage more women and girls into the sport.” 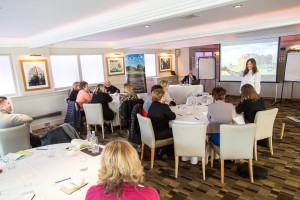 An audience that consisted of leading industry figures and club managers, among others, received the meeting hugely positively.

Rachel Middleton, who is finance manager at Langley Park, said that it was interesting to be able to talk to women in the same position as herself.

She added: “It would be nice to get together again in the future at regular intervals but I think it’s also very important that men are involved because it is all very well, and good, us saying that we need to be more empowered, that we need to be recognised, but we are only not recognised because of the strong male characters in the game. They need to be involved to help develop the whole thing and move forward.”

Emma Ballard, marketing manager at Media8, believes the group will help promote many the positive stories about women in golf.

She is the UK ambassador for Women’s Golf Day and said: “People always think that whenever we talk about women in the golf industry that it’s all negative this and negative that, but there are positive stories, positive role models and  it has been good to hear and see the visibility of women within the industry.

“I talked to a lady who didn’t realise she had so many [other female club managers] in her area. She thought she was on her own. So I think it’s having a network of people who are relatable.” 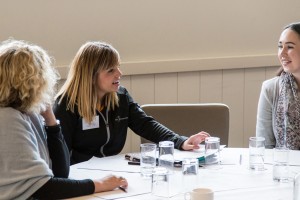 Marie Taylor, GCMA communications executive, coordinated the meeting and said: “I am so excited about this group. The GCMA really are breaking new ground in being the first organisation in the industry to focus specifically on ways to support female leaders within golf with practical ways to encourage and show them how to leverage their leadership positions.

“I’m really looking forward to seeing the group, and its members, develop.”

Bob Williams added: “I was delighted with how the first event went, but we very much wanted the group to decide its future, rather than be dictated by us.

“It’s clear that there is a demand for both physical meetings like this, but also digital communications networks and smaller informal get-togethers.”

GCMA Mentors will play a crucial role in the future…

Wide smiles and long celebrations: GCMA 2021 Conference was our best yet

It’s been a long time coming but the cream of…