HomeNewsGetting up to date with Handicapping

Getting up to date with Handicapping

The countdown begins in earnest to the introduction of the World Handicap System in 2020.

You’ve barely got the new Rules of Golf bedded in and yet there is another huge golfing change coming up on the horizon.

The World Handicap System is only a year away and it will only be getting more feverish as 2019 goes on and the countdown to the system intensifies.

Unless you’ve been living under a rock for the better part of 18 months, you’ll know that The R&A and USGA have been working – with the various handicapping authorities – on introducing a global system that is due to come into place in 2020. It should allow us to record scores for handicap wherever we are on the planet but there is still plenty to do before we all start testing our marks on the Old Course or Pebble Beach. England Golf recently held a series of workshops to update on the latest position and, if you were unable to attend, these were some of the main highlights…

There are three different handicap numbers to consider

This sounds more complicated than it actually is. Whenever you play a round, you might have to take note of your handicap index, course handicap as well as a competition handicap.

A cap will ensure handicaps can’t rise too severely

One of the main concerns with using an averaging system is that handicaps could fluctuate massively given a player’s performance over their last 20 rounds. The cap will put a limit on that.   The maths is fairly complicated and there are two forms of the cap but, in short, it will look at the lowest handicap index a player has achieved over the previous year and they won’t be able to rise more than a maximum of five shots in that period.

This is the procedure that establishes the effect conditions of play on a particular day have had on the performances of players. That will now be a daily assessment and it will look at the impact of scoring for ALL players. So that’s not just those playing in your midweek Stableford. It will be anyone who puts in an acceptable score for handicap purposes. That could be a member’s casual  round, or a visiting society. The calculation will be drawn up to be conservative in nature – removing some of the volatility for which people have criticised CSS in the past. It will include all eligible players who have a handicap index of 36.0 or lower and have a fully developed handicap record. 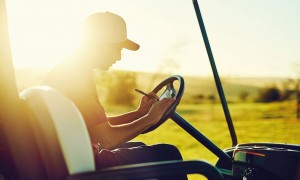 Get your players to put in some scores

For players who have got some way to go before getting a fully developed handicap record – that is 20 acceptable scores – managers are being urged to get them to complete that in 2019 so their new WHS handicap can be as accurate as possible.

With the latest educational workshops having concluded, continued parallel testing of the new system will continue this year, with education intensifying. We should go into a WHS transition period, with many of us getting to know and being able to track what our new handicaps might be, later on this year before the launch of the new system in 2020.

Following on with our previous Fun with Flags as to…

Most of us have attended a committee meeting when something…

Golf club managers always seem short of time. Too many…