1. Tough times ahead for Scottish Golf after vote setback 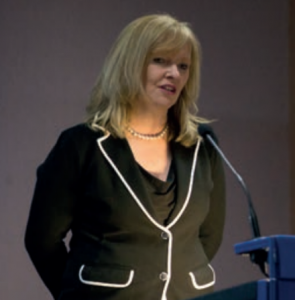 What’s happened: At the governing body’s AGM in Edinburgh, members voted down a proposal to increase the annual affiliation fee paid by members.
What does it mean? Scottish Golf seem a permanent fixture of this page at present, but the organisation is going through some tricky times. Having been pilloried for earlier plans to double the fee, Scottish Golf proposed an increase from £11.25 to £15. It would have been the first increase in five years.

It had been outlined to try and cover Scottish Golf’s shortfall in sportscotland investment of £350,000 – with the remaining income to be invested in “front line services”. But it was defeated by 270 votes to 235 (with 10 abstentions) and now leaves incoming chief executive Andrew McKinlay with a significant headache.

Scottish Golf have reduced their overheads by £700,000 since October 2015, with staff count falling from 48 to 32. It appears more cutbacks could now be on the way. “We are deeply disappointed that we will be making more cuts at a time when we should be growing the game not just to make clubs more sustainable, but to hand the game over to our children and their children in a much better state than we found it after 10 to 15 years of decline,” said Scottish Golf chair Eleanor Cannon, who warned that some tough choices now lay ahead.

What happened: After wide-ranging consultations and revisions, the two governing bodies finalised the Rules, from which we will all now play, to come into effect on January 1, 2019.

What does it mean? Many of the proposals had been in the public domain for a year, but The R&A and USGA still managed to throw in a couple of surprises when the finalised Rules were unveiled.

Most interesting was making a local rule available to clubs that no longer forced everyday players to take a stroke and distance penalty for a lost ball or a shot out of bounds. Should committees bring in the rule, players will now have the choice of playing again or taking a drop in the vicinity of where the ball was lost along with a two-stroke penalty.

Both organisations also showed they had listened to the concerns of golfers when amending the proposals for dropping the ball. Having advocated allowing a drop from any height, the finalised rules saw this altered to from knee height – preserving some of the randomness.

Penalties for double hitting will also cease when the new rules come into operation. A new Players’ Edition and a guide book, replacing the Decisions opus, will be published in September.

What happened: The R&A announced it is providing funding to support the appointment of new development managers in England, Scotland, Ireland, Wales and Australia.

What does it mean? An initial three-year funding package of £75,000 per nation has been agreed between the various bodies and unions to bring in experienced sports development staff. The idea is that they will work on campaigns to inspire and boost participation among women and girls. In Scotland, the funding is being matched by the Scottish Government and Visit Scotland as part of the 2019 Solheim Cup project.

Notably, Curtis Cup player Maria Dunne has taken up the post in Ireland. A recent research report commissioned by The R&A has shown significant growth opportunities for golf if the game can attract more women, girls and families.