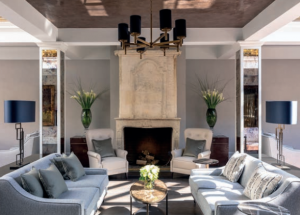 What’s happened: New figures from The R&A reveal a significant increase in competitive nine-hole rounds being played.
What does it mean? If we didn’t already know that offering different playing options for our time-constrained members was hugely important then these figures should hammer it home emphatically.
Every one of the home unions saw huge increases in the number of nine-hole competitive scores returned – a trend that was also evident across many other countries.
Between 2014 and 2017, England Golf reported a 50 per cent increase – from 70,127 to 105,254 – while in Ireland, it was 64 per cent for women and girls (increasing from 18,753 to 30,803) and more than 200 per cent for men and boys (2,370 to 7,250) from 2016 to 2017. In Wales, there was a 28 per cent rise, from 12,201 to 15,671, between 2016 and 2017 and a 30 per cent increase in Scotland – from 30,021 to 39,107 – in the same time period.
The figures come as The R&A prepares to host their second 9-Hole Championship Final at Carnoustie ahead of the 147th Open Championship.
Duncan Weir, The R&A’s executive director – golf development, said: “The figures reported by the national associations in Great Britain and Ireland, and those in other countries, demonstrate that nine-hole golf is rising in popularity.
“We are encouraged to see that shorter forms of the sport are being embraced by clubs and golfers as a perfectly valid means to play golf in less time, either recreationally or competitively.”
So given all the evidence, the big question is: if you are not offering nine competitions to your members, why not?

2. GDPR is up and running. Are you compliant?

What happened: After months of build up and warning, Global Data Protection Regulation is now in force.
What does it mean? If you’re not up to speed with GDPR and it’s implications, you’re already potentially in trouble. Even though businesses have had the best part of a two-year build up to the new data regulations coming into force on May 25, it was suggested that very few companies were compliant by the deadline. A survey of 1,000 tech firms, for example, revealed 60 per cent hadn’t got their houses in order in time and some international sites had blocked EU users before GDPR took effect. As organisations that hold plenty of personal, and potentially financial, data, golf clubs will need to be compliant. The fines for data breaches could be huge – as much as 20 million euros or four per cent of annual turnover. If you’re not ready yet, a dedicated GDPR hub in the members’ area of the website offers advice, templates and guidance to ensure your club’s compliance.

What happened: Wentworth Club unveiled their renovated clubhouse ahead of the BMW PGA Championship last month. What does it mean? Well, we can all dream, can’t we? After pumping £7 million into revamping the West course, owners Reignwood Group invested nearly double that in transforming their 19th century clubhouse building. Aiming to set “new standards for luxury in the UK sports and leisure industry”, the interior design was imagined by Thorp Design, who used the finest Italian marble across the bars and bathrooms along with soft carpets crafted in China and imported to Surrey. It also includes two new private dining rooms, while the club now has a dedicated wine Sommelier. Stephen Gibson, chief executive, said: “I am certain that our members, the pros and the Tour will be suitably impressed by the changes.

« Older A Matter Of Opinion: Working Together
Newer » Is your data really secure?