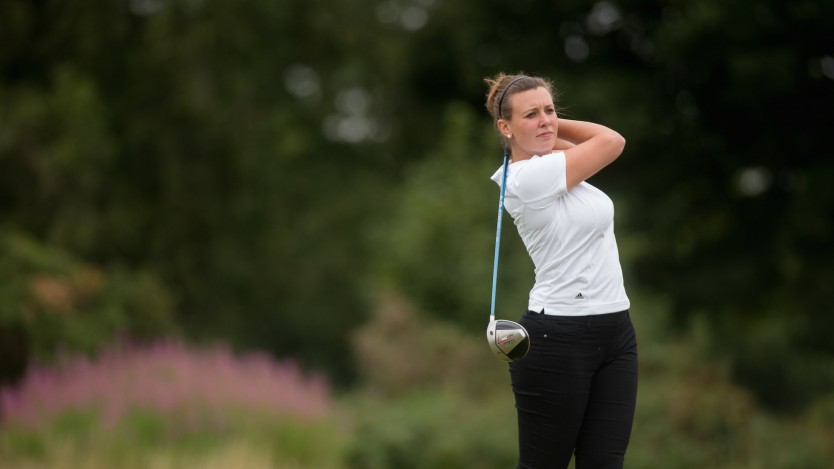 We spoke to Lauren at the England Golf Women and Girl’s Conference, held in August at Frilford Heath GC, and she told us about the work she’s doing to help clubs get more females playing golf:

What does your role involve?

Essentially my role is designed to support golf clubs to help increase women and girls participation and membership levels.

I see myself as being at the bottom of the chain – helping to provide more grass roots facilities and more opportunities for women to get into golf.  I also work closely with the Golf Foundation on the girls side of things as well, and we’ve already implemented some great initiatives.

My main targets are increasing the number of female players, transitioning those through to members and helping with the Stronger Clubs element of the England Golf Raising Our Game strategy.

A Women and Girls’ Advisory Group has being set up to create a forum for discussion and to provide feedback on initiatives. In addition, the England Golf Junior Club Offer includes a pilot project to strengthen junior sections, including more girl golfers.

It was a brand new role, as it was highlighted as a priority area for England Golf going forward, which is exciting for me!

What resources are available for clubs?

We’ve got our Women and Girls factsheets that will be published on Clubhouse shortly, which are essentially How To guides for increasing female participation at your golf club. We’ve also created case studies around best practice at clubs that they’ve wanted to share.

We’re not dictating to anyone – we’re simply offering suggestions and recommendations to clubs which they can tailor and adapt to suit their own circumstances. 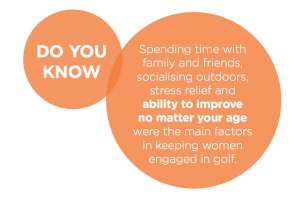 We’ve also got our Women’s Targeted Programme, which again looks to grow regular female participation, and translating that into club membership.

We’ve spent a lot of time looking at what the current club offer is and making sure that it links with what women’s wants and needs are, and how it fits with their lifestyles.

We’re working to link clubs with local women’s groups and helping with the recruitment of local ambassadors or buddies to help new female members’ integration into the golf club – a friendly face can be so welcoming.

What is the current situation for women and girls participation?

The England Golf Strategic Plan 2014-17, which aims to increase participation and club membership, highlights the current state of the women’s game, showing that only 15 per cent of the membership is female. This is in contrast to the average in Europe where women and girls make up around 30 per cent of club membership.

The current average in the UK is 51 women and 2 girls at a golf club as part of the membership, but there has obviously been a decrease since 2004. However, the recent Active People Survey figures show that we are starting to slow down that decrease.

On the women’s side we know that there is a latent demand to participate in golf and that there definitely is a potential growth area in female golfers. Around 12% of women have expressed an interest in taking up the game.

Another interesting statistic is that on average membership costs women £848 and girls £117, so clubs can use those figures as benchmarks for their own fees.

One of the best examples of why it’s worth putting resources into increasing female participation is the initiatives that (GCMA member) Paul Thornton has been involved with at Norwood Park.  Alongside one of the professionals Richard Strange and  a couple of other people at the club, Paul has introduced Pink Ladies, which has been a huge success.

Some of the ideas people are coming up with are fascinating. Colin Mayes from BGL talks about how the group changed coffee providers in its clubhouses to a high street chain, and now secondary spend from ladies has risen dramatically. It’s proof that if you get the social side of your golf club right, ladies will keep coming back, fuelled by increases in word of mouth referrals.

Find out more about Lauren’s work at England Golf.