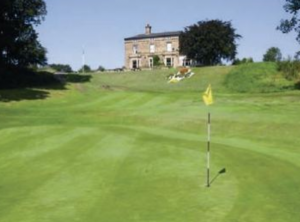 Flexible membership doesn’t just have to be about points. At Reddish Vale, a scheme that sounds a bit more traditional has had a big impact…

Whether it’s credits or points, flexible membership has taken off as clubs try to bolster numbers. With lifestyle changes preventing some from spending lots of their leisure time on a golf course, managers have to get increasingly creative in a bid to bring in new blood.

Many have teamed up with companies that manage the flexible part of their memberships for them. Reddish Vale work with Play More Golf, but the Cheshire club also run their own successful associate membership scheme. With a low cost outlay, the club have bolstered their numbers by more than 50 since the scheme was first introduced four years ago. We caught up with manager Dave Sanders to find out why it has been such a success…

“The vast majority of them – 80 to 90 per cent – will never take on traditional membership. It doesn’t suit their lifestyle”

What made Reddish Vale look at a flexible membership scheme?

The modern young person has a lot of pressures with work, partners and families. In my previous life, I played rugby for 20-odd years. I was training most days and playing rugby and I also worked.

My wife got on with bringing up the family. Things are different now. There are many more pressures so the normal membership – of paying £1,000 a year, playing on Saturday and Sunday, nipping in a couple of evenings a week and getting a game in around work – just doesn’t work for some people.

We looked at this and thought ‘how do we get these people in?’ Once you get them in, get bums on seats, you’ve always got the chance of converting them to full membership. We had a look round and there were one or two clubs in the area that offered these schemes.

We took what we liked from them and set up our own. We call it associate membership. You pay £65 a year and, on top of that, there’s a bar levy, County levy and insurance liability of £3. So it comes to just over £100. That offers you membership of Reddish Vale.

Every time an associate member turns up to play, they pay a green fee. It’s basically the members’ signed in rate. We’ve currently got 52 associate members, who are paying us £100 a year. They pay their reduced green fee on an ongoing basis. They tend to bring guests with them, who subsequently join as associate members, and we get some spend at the bar.

So these are people who might not have otherwise been a member?

The vast majority of them – 80 to 90 per cent – will never take on traditional membership. It just doesn’t suit their lifestyle. So they have two choices – having a flexible plan, or not. I think for a traditional club like ourselves, and there are something like 17 golf clubs within a four mile radius of us, it can make the difference.

This brings in, with the bar spend, around £10,000 to £15,000 a year. That’s vital money in this tough environment. If all of a sudden we lost that, and the potential pipeline for traditional membership that it brings with it, then we would be struggling.

It also allows people to put a foot in the door to see if a more traditional membership might be for them… I had a guy in to discuss membership. He was a member at another local club that unfortunately, doesn’t weather very well in the winter. He played the course a couple of times in the summer and came in to have a chat. He wants full membership but his son is a total beginner and he doesn’t want to be paying a load of money in case he doesn’t take to it. He said ‘what else have you got?’ I told him about the associate membership and he said that would be right up his street. If his lad comes in as an associate and, after six months he’s really taken to it, we can uplift him. It’s just something in my armoury that I can tempt people with. At £65, it’s affordable. If it is two or three hundred quid, people might just think about it. It really does work very well for us.