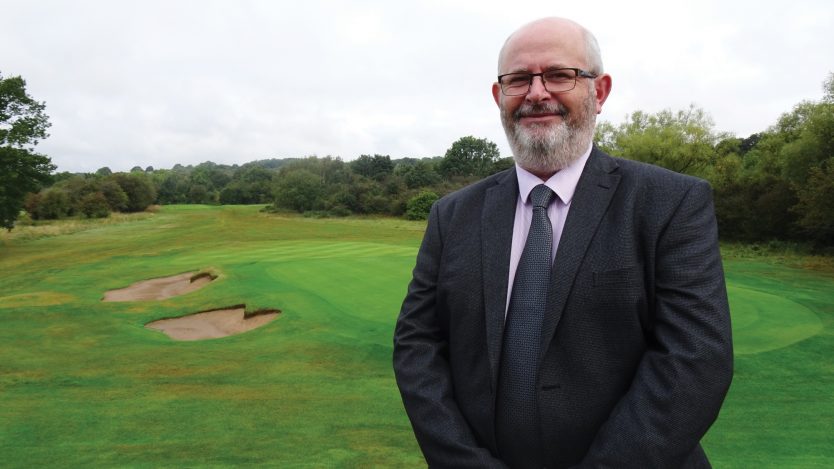 Lindrick’s Secretary Manager has found the job for which he has always yearned – and his feet still haven’t touched the ground… How did you become a golf club manager?  I joined TSB Bank when I was 18 and for 33 years through Lloyds TSB, and then Lloyds Bank, I worked in retail banking. I did a bit of travelling around in different roles, but always aspired to something in golf – and following in my dad’s footsteps.  He was a club manager for a few years at Filey Golf Club, and my sister has been for the last 10 years at Scarborough North Cliff.  I thought, for the last 10 years or so of my career, I would look for a role in club management.  I applied for a few in years gone by, such as Hollinwell, and didn’t quite get them and then this came up. I applied thinking, ‘I’ll give it a shot’. Two interviews and a presentation later, here I am.  So that desire to be a club manager was always there?  Probably from about 2008 and 2009. Worksop was the first one I applied for. I had a couple of interviews but just didn’t get through the final bit. I applied for Lindrick two years ago, but the club employed a management consultant to find the post holder and it wasn’t me. I didn’t let that put me off and, this time, the club did it themselves and formed a small committee with five or six of them on the panel.  How did you win them over?   I’ve got a knowledge and background of golf - having been playing since I was little and I have been a member of a club since I was 10 – 41 years. But it’s also about recognising the traditions and prestige of a club like Lindrick.   It’s a private members’ club and the vision for Lindrick isn't too much change. It's gently upholding the traditions. That's where I pitched my presentation.  Yes, there is some work to do around some of the administration side, but my background in banking will help that. It was more about the traditions and upholding them around Lindrick.  Some might think it was a curious move – from banking into golf club management. But these days the modern golf club manager needs to be very astute in finance…  There's a lot of transferable skills that are brought over. Members of the committee have said, ‘pick up the phone if you need our help’ and I haven’t really needed to do it. I’ve just got on with it and I feel quite settled now after four and a half months.   BOOK NOW FOR GCMA 2021 CONFERENCE Tell me about Lindrick. It’s obviously famous for the 1957 Ryder Cup…   It's for the members, obviously. It’s very traditional, with jacket and tie in the bar and dining room after 11am.  It’s very social. You'll never come to Lindrick and play alone. If you turn up on the first tee, and there's other people around, they'll ask you to join them. You know, it's one of those clubs.  The history is there - with the Ryder Cup and some of what would now be European Tour events in...
This is member only content