Motion Picture Licensing Company Many clubs and businesses have recently received a letter from the Motion Picture Licensing Company (MPLC) implying that a licence fee is due to them for showing television broadcasts and any film contained in the broadcast. Many managers have been sceptical that this licence is genuine, however except for the exceptions below: it is! It is an infringement of copyright to broadcast copyright works in public without consent from the owner. Broadcasts are copyright works, as are films and the individual works created and used within the broadcast – the work of directors, scriptwriters, graphic artists, designers, actors and so on. For many years, the broadcast of ‘films’ (which includes films and programmes) on television in a public place –including hotel foyer, lounge, gym, reception and bar areas– without entry fee was exempt under Section 72 of the Copyright Designs and Patents Act. Previously only the Performing Rights Society Performing Rights Society (PRS) and Phonographic Performance Limited (PPL) have collected licence fees from hospitality venues for music broadcasts. This all changed in 2016 when Section 72  was amended (an indirect result of The Licensing Act 2003). The change leaves the broadcast itself exempt but not the rights of the owners of films and, (as was previously the case before the amendment but not enforced) the rights of individual copyright owners whose material is used in the broadcast. So far, only the (MPLC), a collection society, has issued letters regarding the payment of a licence fee, but a separate organisation Filmbank also offers a similar service and the British Film Institute (BFI) could become involved at some point. The main thing for clubs to note is that the MPLC has confirmed that it does not require a licence for sports and dedicated news or music channels, however, televisions should be locked to these channels to avoid copyright infringement. However, please note that an MPLC licence will cover only the films and programmes it represents, not the many other shows shown on television. Therefore the worst case scenario could be that three or four licenses will be required in order to legally show all television broadcasts. MPLC is not an enforcement agency, although they can refer cases to the Federation Against Copyright Theft (FACT). General information from the Intellectual Property Office (IPO) about the changes to copyright law can be found here: https://www.gov.uk/government/uploads/system/uploads/attachment_data/file/537453/section-72-broadcasts.pdf
This is member only content 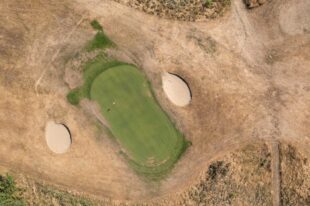