The implementation of the New Rules, on January 1st, following the Rules Modernisation by the R&A and USGA is fast approaching, but, in no particular order, what do you as managers and committees need to do now?

You need to review your Local Rules and be aware that there are a number of changes, particularly in the nomenclature, that will affect them. The Committee Procedures section of the Official Guide to the Rules of Golf detail these changes and there are examples of Model Local Rules on the R&A’s website. Remember that only those local rules that are pertinent to your course, and not covered by the Rules of Golf, should be published on the card. Also, there is no urgency required in printing new cards as any changes could be covered by an addendum slip until current card stocks are depleted.
You will need to decide if you are going to implement a Local Rule as an ‘Alternative to Stroke and Distance for a Ball That is Lost or Out of Bounds’ and the information on that can be found in the R&A’s Stroke and Distance Draft Local Rule.

Decisions will also need be made regarding Penalty Areas and which of these now need to be marked in red instead of yellow. See: – Whether to Mark a Penalty Area as Red or Yellow. You may also like to consider the introduction of new Penalty Areas or even the reclassifying of Internal Out Of Bounds to a Penalty Area.

Prior to this, it is strongly recommended that you attend one of the New Rules of Golf Workshops being run by the Governing Bodies of England or Wales.

The R&A have been asked whether golf clubs can introduce the new Rules early, allowing clubs and members to familiarise themselves before 2019, however they say that the current set of Rules should still be used until then as they will be encouraging all groups and individuals to learn about the new Rules towards the end of this year.

The R&A has a FAQ section which may also help and you can also read the Explanations for the major changes.

Finally, for those of you interested in some of the changes that were considered but not introduced along with further background material can be found here.

The main Rules changes are: –

« OlderWhat is the role of a Regional Captain?
Newer »Portstewart in September: Picture of the Month

There are a number of organisations which offer financial support… 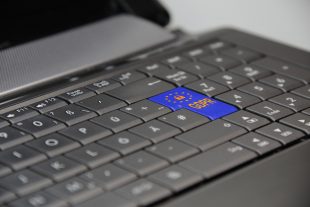 Data transfer in preparation for the World Handicapping System in England

Last week, the following communication was sent out to GCMA…