It’s the showpiece of the GCMA’s National Conference and a glittering evening that all who attend remember for years to come. The 2017 Club Management Awards were no exception.

The fabulous surroundings of Mercedes-Benz World provided the backdrop and an evening of inspiring success stories were revealed as Amy Yeates won the coveted Manager of the Year Award, Gordon MacLeod was named Newcomer of the Year and Pyle & Kenfig claimed the Team of the Year Prize.

So what has the intervening 12 months held for our winners? We caught up with them to find out…

* The 2019 Club Management Awards will again be awarded at the GCMA National Conference next November. Details of the nomination and judging process will be announced in January 2019. 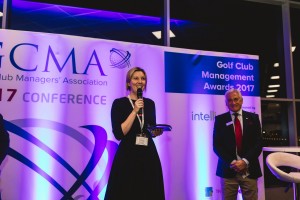 Manager of the Year – Amy Yeates

Winning the GCMA’s showpiece award was the catalyst for an incredibly busy year for Amy Yeates.

Not only did it propel her onto the GCMA board, but it also proved the springboard for a new job. We asked her to take a breather and reflect on her success…

It’s a year since you were named Manager of the Year. How do you look back on that evening?
It’s quite scary to think it was nearly 12 months ago. It was all a bit of a shock when I got the award. I very much felt like I was the underdog. The most important thing about winning was how many of the industry people that were really chuffed for me. That was really special.

I had a lot of congratulation cards and messages and it is quite heart-warming that, as an industry, we come together for these sorts of things.

It’s been a busy year. You have a new job, for starters…
I think winning the award really influenced that. It was certainly influential in getting the CEO position at Moor Park. It was a big part of the cover letter for my application and it was good timing. I won in the November and the job came up the following March or April.

It was great to enjoy it up in Scotland and great to promote Scottish managers into getting involved with the GCMA.  But the biggest change for me was that I got the job at Moor Park.

I don’t know whether it would have been the same outcome had I not won but it was nice, and a proud thing for me to be able to say in my interview, that I was coming as a board member and the current club manager of the year.

As you mentioned, you have joined the GCMA board…
That was great. There is something to be said about just applying and being a nominee for the award as opposed to winning it. Just by applying and being nominated and going through the process, it’s great to raise your profile and gives you the opportunity to show to the GCMA and the selection committee what you do.

Whether I had won or not, I wouldn’t have been surprised if they had still asked me to come onto the board because they’d been exposed to me and were excited about everything I was doing.

Are you enjoying your new role?
Moor Park is a fantastic club. It’s a big challenge and a big club. It’s not just a run of the mill traditional club. There are two championship courses and 13 or 14 tennis courts and a mansion that does an awful lot of weddings and celebration events.
It’s a big one to manage but it’s exciting. We’ve got a big team – about 85 people – and it certainly helps to have the GCMA’s resources as well.

So you would recommend members enter the Manager of the Year award this time around?
The process makes you really think inwardly. It makes you look at what you do and feel quite proud about what you’ve done.
If you do get through as a finalist, you go through another thought-provoking process where you feel like you have analysed what you do. That is a really good thing to go through.

You’ll get a lot of support from your club. It’s a tough job and sometimes you feel like you are constantly in defence mode but, when you approach your committees, bosses or general managers, I think you will be surprised how much your peers and club committees support you – because they are proud of what you do. 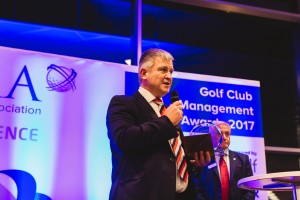 Newcomer of the Year – Gordon MacLeod

Taking the prize for Newcomer of the Year has given Gordon MacLeod the confidence to succeed during a busy, and challenging, 12 months at Cambridgeshire club St Ives.  It’s also encouraged him to spread the GCMA’s message with a new member of staff, who may yet follow in his footsteps.

How have the last 12 months been?
Absolutely hectic. We have gone from strength to strength but this has been an exceptionally hard year – not least with the weather. We’ve moved from one of the most prolonged and wettest winters into one of the most prolonged warmest and driest summers. That created challenges, and not just from the golf course perspective, but from a membership, revenue and retail perspective.

How will winning the award help you in the future?
I think the key thing is it has given me confidence that I could be on to something in terms of my approach and to try different things. We’ve tried FootGolf this year. We have embarked upon some potentially significant capital expenditure with redeveloping the clubhouse, redeveloping elements of the golf course and practice facilities.

My confidence has also given me a greater ability to see what’s going on in the wider golf market and try and translate that into what might happen here at St Ives.

Would you recommend other new managers putting their names forward?
Without any shadow of a doubt.  Perhaps one of my biggest decisions this year, when we were looking at changing the retail model, was to set about recruiting an individual with the view that, in time, they would succeed me in this role.

Succession planning is key and I will be pushing our new golf operations manager down the GCMA route and the career professional development path sooner rather than later. 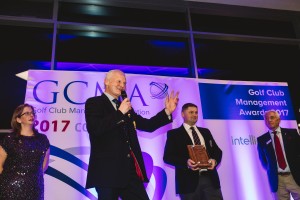 Team of the Year – Pyle & Kenfig

Being named Team of the Year was vindication of the improvements that had been made at every level at Pyle & Kenfig over a significant period of time.  The team of secretary Simon Hopkin, professional Dylan Williams and head greenkeeper Paul Johnson, were winners after a period that had seen a massive new irrigation system installed at the Welsh course, as well as investing in junior golf and boosting renewal rates.

What difference did the GCMA’s recognition make to the team? We quizzed Hopkin to find out…
How did you look back on the evening when you were named Team of the Year?
It was 12 months of hard work being rewarded by your peers and your association. A lot of teamwork goes into it, you set out your aims and objectives with your business plan and your strategies of how you want to achieve and how you want to see the year. Seeing all that come to fruition was great.

It’s great internally when you are hitting all your goals and getting plaudits from the committee. But it’s something else when it’s the GCMA and others recognising the achievements we’ve made here.

How have you pushed on since that night?
We maintained our renewal rate at 97.5% plus and we’ve actually got a waiting list for membership.
That’s a really strong marketing tool. People don’t want to leave because they can’t get back in and it’s very strong to have maximum membership.

We’ve based a lot on our other income streams and have pushed our four Dormy rooms and are promoting them very heavily on a stay and play basis. The driving range and short course facilities have been boosted within the community and we’ve got a lot of local people coming to those.  We are continuing to develop the course and we are also involved with Wales Golf as a development centre.

Would you recommend other teams have a go at the Team of the Year award?
Absolutely. Sometimes it’s a lonely business being a club manager, a pro or a head greenkeeper. You are in these little bubbles sometimes and, when you are exposed to the whole of the UK and get that recognition, it’s a really well deserved pat on the back.

It’s also a really good benchmark. When you apply for these awards, you set your own standards for what you have achieved. You are looking back over the last 12 to 18 months in terms of how far you have come as a team.

That’s a good exercise – to review what you’ve done and to look into the future, see how you can build and how you can develop yourselves, your team and develop the golf club.

« OlderKnight in shining armour
Newer »In the Loop 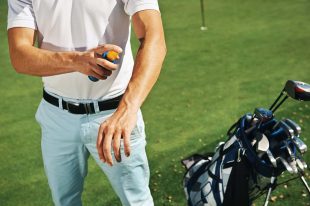 The ‘C’ word in golf

Global rates of skin cancer are at epidemic levels and… 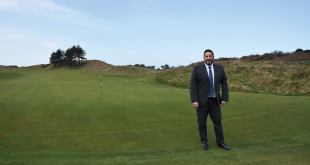 Hillside stepped in to ensure the British Masters had a… 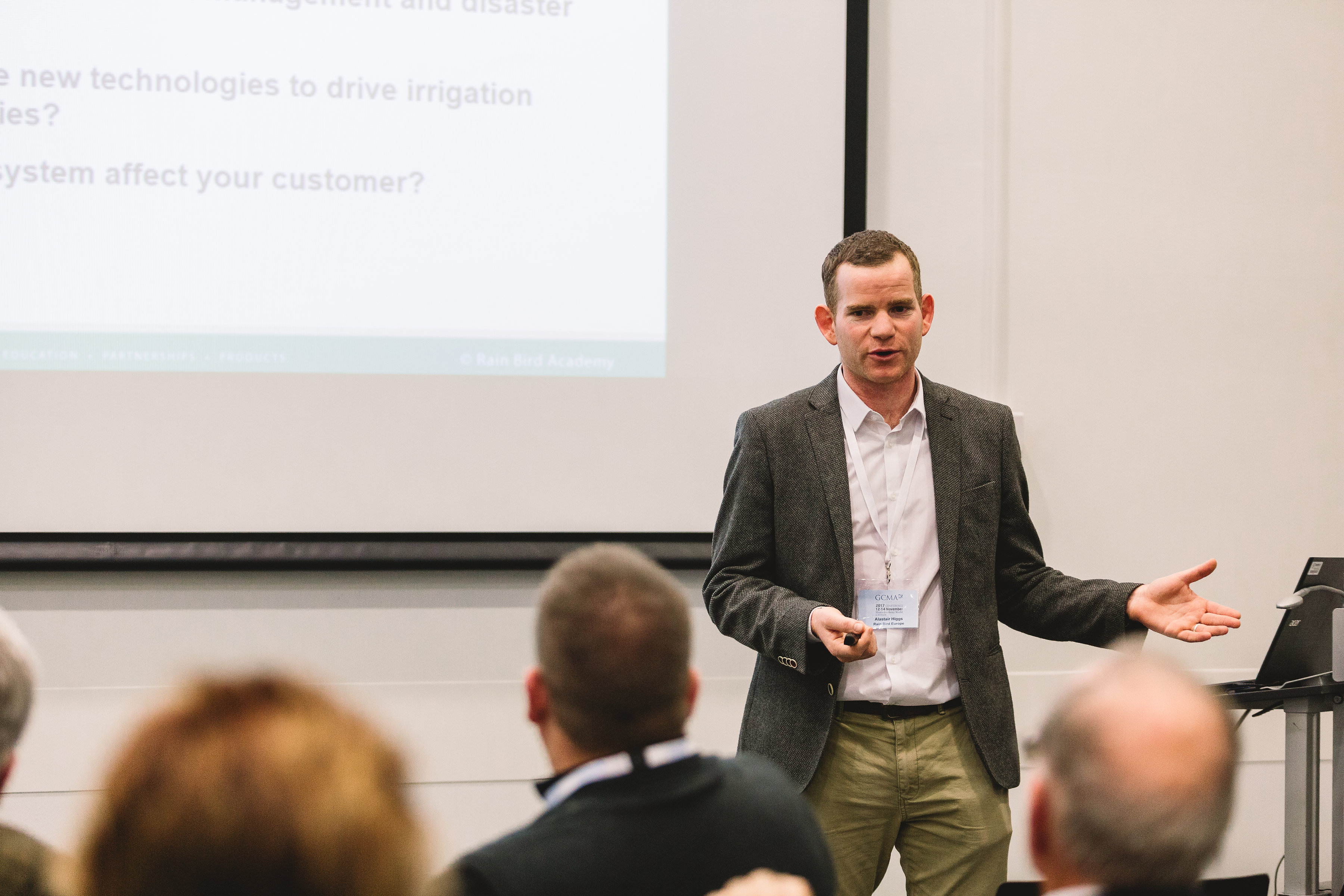