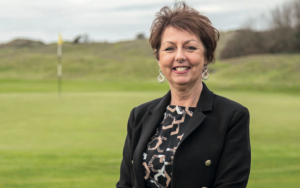 Karen Drake is managing secretary at Burnham & Berrow. She talks to us about modernising a traditional club and the drive to excel

Burnham & Berrow is regarded as a private members’ club that works in a traditional way. But your time there has been marked by lots of modernisation – you’ve updated the course, changed the website and the logo, for example.You’ve tried to move the club forward…

The club is very proud of its history, what it has been and how it has arrived at where it is. But you are still managing people that expect modern influences. That’s all we have tried to do in the last five or so years. It’s maintaining that level of traditional value, but bringing in all the systems that are now in place – and enhancing the marketing side of things – to ensure that we have got some future proofing in place.

What were your ambitions when you first took on the role and how far have you come in achieving what you wanted?

When I met with those who recruited me the emphasis was on marketing the club to better effect. That’s been where I have concentrated my efforts – bringing about the new website and all of the social media we do. It’s been about getting our message out to everyone else outside of the local area.

The club have made particular progress in industry ranking lists over the last couple of years. Although they are subjective, that’s an indication that the approach you are taking is paying off?

We’ve deliberately encouraged those people who undertake the assessments, and even those that aren’t necessarily part of the assessment team, to come and visit and see the place. We are considered an under-rated course but we have encouraged the embracing of our unique facility.

Do rankings actually matter to a course like Burnham & Berrow? Are they important?

Absolutely.When I first came here, I was involved with the committee in putting together a long-term strategy plan, or business plan, as there wasn’t anything that had been updated. At the time I think we were 49th in the Golf Monthly rankings. The aim was to reach the top 30 and we have achieved that this year.

What are the key skills required when managing this kind of club and how have they changed when you’ve tried to modernise over the past few years?

When I first arrived, the conversations I had with the chairman at the time was about enhancing the Burnham experience, both from a member and visitor point of view. 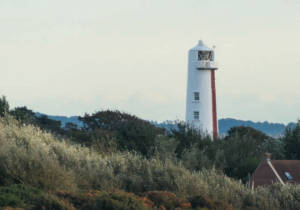 Everything we have done has been carried out to the highest level that we could possibly afford. So when we updated the website, we were looking for a web designer who could be creative and imaginative, yet still offer the fundamental requirements. Most importantly, the main aim was to showcase the course to its absolute best.

I’ve applied that same ethos through all the various different things that I’ve done. Much of that has been about streamlining and making things more efficient and easier for people to use.

How successful have the last five years been then? Do you measure it in the number of members or the amount of turnover?

All of those things are important. We have made good profits and the finances of the club are improving year on year. The rankings have improved year on year and membership levels have increased year on year. Everything about the business is all going in the right direction.

I hope the members enjoy and appreciate an openness, honesty and a willingness to engage and support them.

This is a big job for any manager, but you combine it with your role as GCMA South West regional manager. How do you carry out those two roles effectively?

Sometimes I think they go hand in hand. Often, when I am putting together a business seminar, I’m already aware of various contacts ideal for presentations or speakers.

So I can use my influence from things I have done at the club and bring them into [GCMA] business meetings. I know what’s relevant and what’s a hot topic. I can be in a good place to ensure we’ve got the right people in front of regional members and make sure it is useful and up to date information they are receiving.

I just have this idea of you having to burn the candle at both ends when it is a busy time at the club and you are also preparing for a regional or business meeting. It feels like you would have to do a lot of hours…

Well, sometimes you do. Sometimes I am up against it and deadlines are looming and you think you’ve got a lot of time to get things done when, in fact, you haven’t.

I don’t do the job that some regional managers might. I don’t get involved in the matches. I’ve transferred that responsibility
to someone else and so, while I might be involved in setting them up in the first place, I don’t get particularly involved on a day-to- day basis. I organise the invitation day, the AGM, and that sort of thing.

When I took on the job as regional manager, a few people said to me ‘you’ve got a big job at Burnham & Berrow.’ And it was a big job initially. I have probably forgotten that now because I’ve got all the systems in place and made all the changes. I’ve made life easier for myself.

It was extremely difficult at the start. In an office, for example, most managers know where everything is because they have put it there. When you have to look for it yourself, it is extremely difficult. You have nobody else to ask where things are filed and stored away and where the information is. That was the tricky bit – learning all of that.

How do you feel about where the GCMA is going? Are you optimistic?

I have seen positive progress from the association in terms of building trust and confidence, and the number of enhanced features and benefits have been well received.

We will always need that networking opportunity and that chance to get together with like- minded people to discuss the issues that we have.

I say this to my chairman often: ‘It’s a very lonely job.’

While you might have the support of the board, they might not fully understand the diversity of some of the things you are managing.

For example, I came to work on a Saturday morning, we had a shotgun start for the captain’s drive-in and the internet went down.

Without that, there was no till and lots of other facilities weren’t working.  Somebody has to try and fix the problem, or at least find somebody to help fix the problem.  I spent all morning trying to manage IT issues.

And in those sorts of circumstances – with a mini-crisis – members are utterly unforgiving, aren’t they? They just expect things to happen? They do. It’s like trying to manage something when you have no electricity. It’s just impossible.

The credit card machine didn’t work, so we couldn’t put card transactions through.

The till wasn’t working and it didn’t send messages to the kitchen printer. All of these things, especially when you’ve got 140 people all in the bar at the same time, makes it extremely challenging.

Those are the sorts of things for which you are completely alone. No one can help you.

Do you enjoy the challenge of that and the customer-focused element of that? You are the face of the business, for all intents and purposes…

Yes I do, and people do come to you with all sorts of suggestions and ideas. You have to give them your serious consideration and decide whether they would work for the whole club or the small minority. That’s the challenge. Somebody comes forward with an idea and it’s a bit like the ecological balance system. While it might work for a certain set of people, another set of people come in to complain about it.

Burnham & Berrow sounds like it is your dream job. Do you still have the same enthusiasm after nearly half a dozen years in the post?

I’m thoroughly enjoying my work here at the club and have a great interest in remaining in order to be part of the great projects and improvements that have been identified. I have also built a great team of staff around me, who are totally committed to Burnham & Berrow.

Any clues on what some of those projects are going to be?

We have applied for planning permission to remodel the 12th hole – reshaping and re-profiling the fairway and building a sand dune.

We have involved Martin Ebert and are in a privileged position to be able to draw on the expertise of the best in their business.

Martin is going to give us a whole course profile and recommendations that come from that.  We will have something in place which will give future course directors a qualified blueprint for future adoption.  We’ve also got a qualified opinion of any alteration that may, or may not, be necessary.

Martin’s in the process of doing that and he will be advising us on the re-profiling of the 12th. The board’s criteria is to improve to the highest level without risk of detriment.

You are one of the highest profile women in golf club management. Traditionally, the industry has always been a male-dominated environment. That’s changing now and how do you feel that process is going?

Women are increasingly being given an opportunity to be involved in golf club management, and choosing a career path, rather than the job being seen as a semi-retirement position. This has reflected positively on the number of females taking up the role and their influence is shaping the future.

That’s very important because we need the sport, as it evolves over the next few years, to be as diverse as possible…

Yes, absolutely.There is always a temptation for a club to be satisfied with the present position but, for me thankfully, I work with a very progressive and forward-thinking board of directors, who are willing to speculate for the greater good and I thoroughly enjoy playing a very small part in that.

We are, as often said, caretakers of the land for the benefit of the club’s future members and this sentiment is never far from my thoughts.

Set among the glorious dunes of the Bristol Channel coast, some of Britain’s most prized golfing events – including the Brabazon Trophy – have been held at Burnham & Berrow.

The Championship course is considered one of England’s best, and has been a staple of top 100 ranking lists. The club’s proud history includes helping a fledgling JH Taylor on his way to the top of the game when they hired him as a youngster in 1890.  He became part of the Great Triumvirate of British golf and won the Open Championship on five occasions.

This traditional out and in links is complemented by the 9-hole Channel course, a layout that is highly regarded in its own light.