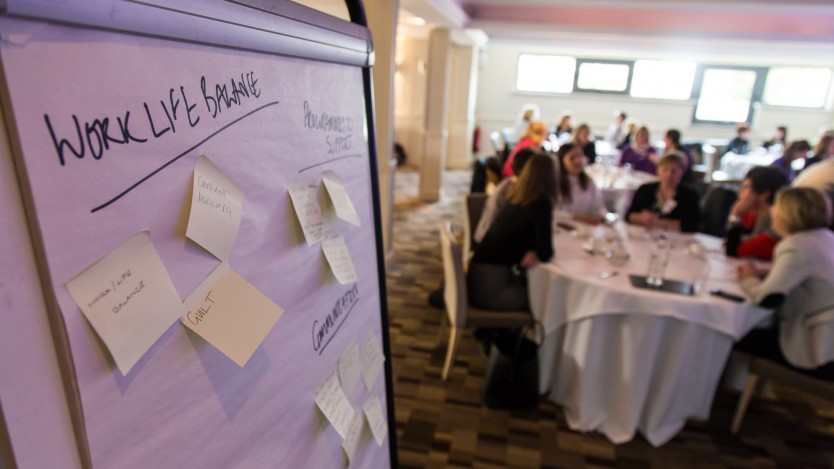 As International Women’s Day 2019 approached this year, the sheer volume of events and activities that now get planned tells me that awareness of the initiative is now pretty good.  And yet, I still see women being invisible, and men dominating the stage, writes the GCMA’s Marie J. Taylor.

I still hear women ask me, “do women do that job [of golf club manager] then?”.

Indeed, I’ve even been asked how can a woman go about challenging the fact that someone who works for her gets paid more than her?  All in all, in the quest for equality there is still much work to be done.  But where can we start?

This article is for those who know in their bones that it is absolutely the right thing to do to create an equal world for the benefit of our women and our men.  We need more than warm words in 2019.

So, for those people who are ready to be bold, (and men, because you occupy more leadership positions than women, this is mostly for you) I challenge you to choose just one thing to DO from this day forward, from the list below:

These are some of the best practical ideas I’ve seen from thought leaders around the world, with a few of my own thrown in:

Research shows that, unconsciously, men are assumed to be qualified and competent, but for women the reverse is true.  You can make a difference today by making sure you champion respect for women, and your proper introduction of your female colleagues is the first step.

Can you give all women an 17.9% pay rise, or the last 65 days of the year off on full pay? (65 days is 17.9% of 365).  The latest report from the Office of National Statistics’ reveals that Northern Ireland is the only region of the UK to have its act together with Scotland and Wales following closely behind. Alternatively, you could make your prices 17.9% cheaper for female customers?

Women are affected by their surroundings so the décor of their environment is important; make it beautiful.

The biggest impact on diversity and gender balance happened at Google when they changed their parental leave policy, so fathers could share responsibility rather than just ‘pitch in’.

He refused to accept a film or TV contract unless the women in equivalent roles are paid the same.

Sponsorship, according to Bob Moritz, Global Chairman of PwC and a leading light on achieving gender parity says sponsorship means “the putting forward of personal capital often without the person knowing it, to make sure they are getting the position that helps them to fulfil their potential”.  See him discuss his decision-making criteria here at 5 minutes in.

This allows women to raise the profile of their colleague’s successes – because women usually struggle to cheerlead their own successes and society penalises them if they do (taken from Lean In, by Sheryl Sandberg, COO at Facebook)

Humans are wired to be suspicious or distrust those that support groups that they aren’t part of themselves so it takes conscious effort.  When I experienced this myself I was completely and pleasantly taken aback.  I was with Andy Rankin, GCMA Board Director, who guided the conversation away from a discussion of football (with which I could not participate) and towards something I could be involved with.

In 2014 PwC did this and simply by saying the number out loud it created more momentum internally to close it.  It was highly motivating to get the problem fixed.  PwC’s analysis showed that most of their 15.1% pay disparity reflected a lack of women in senior jobs.  It then worked to rectify this.

All these roads lead to the same place; trust.  Women are attuned to behaviours that speak to a lack of trust – accustomed as they are to garnering less respect than men.  This is a major reason they don’t raise their hands for raises and promotions in the first place, and they don’t feel they have the support and trust of those above them.  They need to know you have faith in them.

Could you do something to demonstrate that today? Happy International Women’s Day! #BalanceforBetter