This GCMA club is famous for… Old Ford Manor 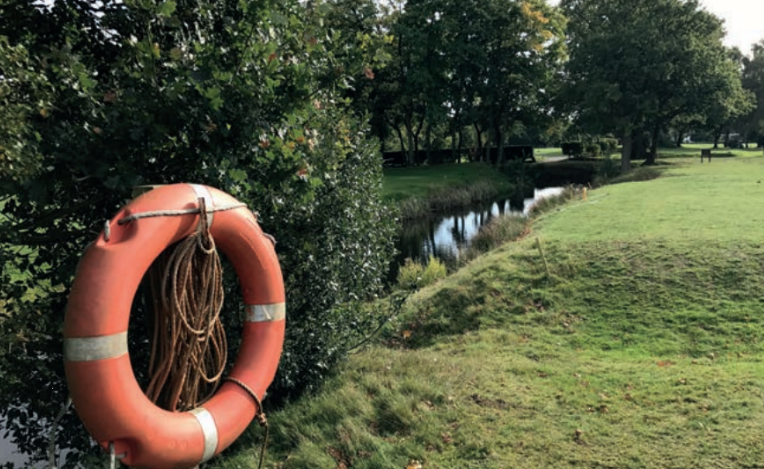 This Barnet course, run by general manager Trisha Leonard, can look back on 1,000 years of history…

You are about to step into history – or so the rather large sign dramatically states as you walk up the 18th at Old Fold Manor. There’s a big regeneration scheme in the pipeline at the Barnet club, in the Chiltern & Home Counties region, but it’s something rather older that grabs the attention of many visitors.

The moat that guards the green, and should send shudders into the swings of those holding a nice medal card, was created as long ago as the 10th century. It’s deep enough, if the buoys surrounding the front are anything to go by, and regarded as one of the best-preserved of its type. Even if Old Fold Manor ever got bored of golfers fatting balls into the water, they couldn’t alter the site. It has been protected since an archaeological survey of the course back in 1991.

The club say the 18th green, and car parks, was once covered by a manor house owned by the De Mandevilles. They arrived in England along with William the Conqueror. A family of London merchants snapped it up in the 13th century. Since then, the area has had some very famous visitors.

Queen Elizabeth pitched up in 1558 and Oliver Cromwell also stayed the best part of a century later. It’s thought the Battle of Barnet in 1471 – one of the final acts of the long-running War of the Roses – took place on land that now includes the course.

What is it that makes your club special? Every club has something that makes it unique,
that sets it apart from everywhere else. Why not let us know what it is? Email Steve Carroll | [email protected]