When is it time to replace your irrigation system? 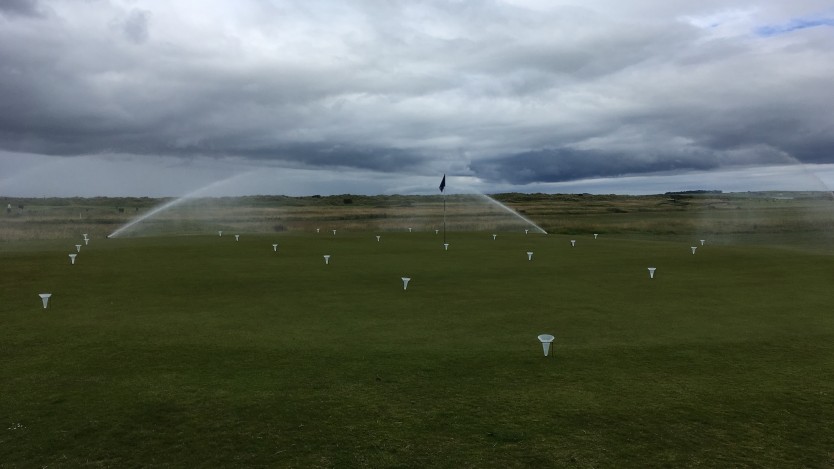 On the vast majority of golf courses, the irrigation system will be the single most expensive tool in the greenkeepers’ inventory of maintenance equipment and the one that is most seldom replaced and least visible.

Comprising several different elements and components and often being extended and modified over time, old irrigation systems tend to become museums of the historical technical development of golf irrigation. Life expectancy for irrigation components in UK conditions is typically.

Greenkeepers are often very adept at keeping old and worn irrigation systems going long before their useful or efficient life expectancy. They often do this without golfers, committees or management really being aware of the cost and effort that is required to do so. The apparent cost is that of replacement parts and services, but there are hidden costs that are often unaccounted for, such as;

However there are some simple observations that indicate the your system is in need of upgrade or replacement.

This is the most obvious and disruptive manifestation of an old system in need of replacement. Most commonly this occurs with uPVC pipe networks. uPVC is a rigid pipe supplied in 6m lengths and jointed by solvent welding ie. glue. These joints in an irrigation system represent numerous potential points of failure.

Life expectancy of uPVC pipe networks is little beyond 25-30 years in benign ground conditions such as sandy links. However problems can arise much sooner where the pipes have been installed by mole-plough and pulled through stony ground. This is because uPVC is a brittle pipe and as it is pulled through the soil, sharp stones will scratch the pipe leaving a score line. With age and repeated pressure cycles, the score in the pipe can result in a split.

Pipe bursts: most obvious and disruptive manifestation of an old system

If you have an ageing uPVC pipe network which regularly bursts, this is a sure sign that it needs replacing, although sometimes there may be other hydraulic factors causing the bursts that can be mitigated.

In the early days of golf irrigation, systems were often only installed to the greens. Later, as traffic increased along with the greater demand for all year round playability and greater expectations for course presentation, irrigation systems were extended to the tees, and then approaches and then on many courses the fairways also. It is very common for the system to outgrow the capacity of the original pump and pipe network and the only way to ensure correct operation of the sprinklers is to extend the irrigation cycle run time, rather than increase the flow of the system.

If the irrigation program is over-running into the hours of play, this is often because the system has been extended beyond the hydraulic capacity of the original design.

If the uniformity of coverage is poor on the irrigated surface manifesting itself with wet and dry spots, this could be due to poor sprinkler selection or inappropriate positioning of the sprinklers or the sprinklers not operating at their optimum pressure.

Old irrigation systems tended to be installed with single-nozzle, impact-driven sprinklers. However modern gear-driven sprinklers have two or three nozzles to achieve a more uniform pattern of watering and thus have a higher flow.

Sprinkler Uniformity Testing on a Green

If there are wet and dry spots on your greens, this could be attributed to inappropriate sprinkler spacing and nozzle selection or due to sprinkler replacement with new sprinklers that have flows that exceed the original design of the system.

A complete new irrigation system represents a significant investment and is often too high a capital cost to bear for wholesale replacement in one phase of works. Many clubs soldier on, replacing failed components, repairing bursts or leaks and accept poor performance and low efficiency.

However when properly accounted for, the annual costs of such a course of action can often exceed the cost of a new system amortised over its life time. The difficulty is often not the annual cost but the large capital cost that is required for a new system.

However, it is often possible to undertake a wholesale replacement of a system with a phased program of works over a period of time to spread the cost. The nature of the phasing will depend on the type and ages of the various components of the system.

The first thing to do is to undertake an audit of the existing system and establish to objectives to be achieved by any upgrade, remedial or replacement works to be able to establish a long-term plan.

Benefits of a New System

With appropriate equipment and installation techniques a new system should have a design life of 40-50 years. With a tailored design and specification of correct equipment, the system should be more efficient, perform better and be more reliable, eliminating the labour cost and time for repairs, allowing the greens staff to spend more time working on course maintenance and presentation.

Whilst these benefits can often be difficult to quantify in exact financial terms, the improvements are always tangible.

Giles Wardle is a Chartered Engineer and founder of Irriplan. The company specialises in the planning, design and implementation of irrigation systems and water supplies to the golf and sports turf industries throughout the UK, Europe and beyond. www.irriplan.net   For a complimentary initial consultation and irrigation review contact [email protected]   m: +44 (0) 777 154 635