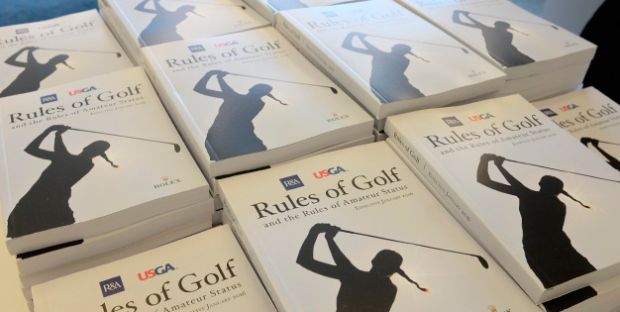 Full documentation on the new Rules can be found on the R&A website however the most significant of the changes in the 2016 edition of the Rules are as follows: –

Withdrawal of Rule on Ball Moving After Address

A new exception has been introduced to Rule 6-6d (Wrong Score for Hole) to provide that a player is not disqualified for returning a lower score for a hole than actually taken as a result of failing to include penalty strokes that the player did not know were incurred before returning the score card. Instead, the player incurs the penalty under the Rule that was breached and must add an additional penalty of two strokes for the score card error. In all other cases in which a player returns a score for any hole lower than actually taken, the penalty will continue to be disqualification.

Prohibition on Anchoring the Club While Making a Stroke

As announced in May 2013, the new Rule 14-1b (Anchoring the Club) prohibits anchoring the club either “directly” or by use of an “anchor point” in making a stroke. The penalty is loss of hole in match play or two strokes in stroke play.

There is a separate R&A download which provides useful information for managers, committee members, referees and golfers alike to help them prepare for the implementation of this new Rule on 1st January 2016.