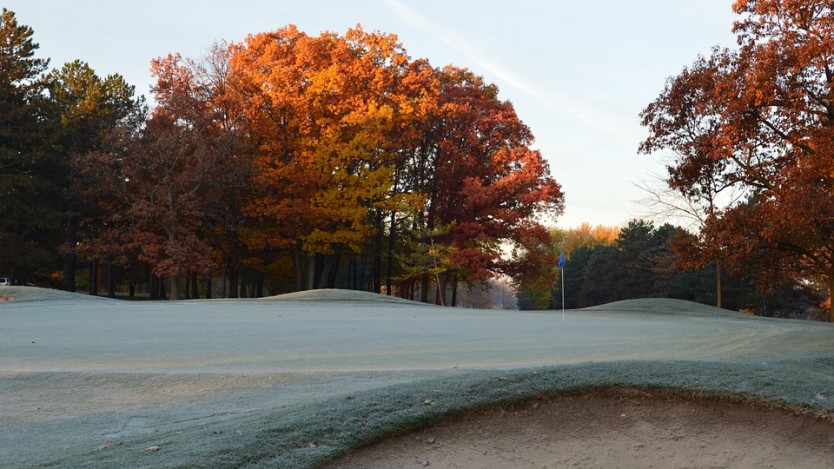 Paul Woodham, STRI agronomy services manager. We receive complaints that our bunker sand is too hard or too soft – could it be the wrong type? There is no perfect sand for all instances and, over time, sand becomes contaminated so the natural performance can be affected. Silt and clay particles washing in from faces affects the particle size distribution of the bunker sand, increasing bulk density and risk of excess firming and poor draining. Sand with particles more angular in shape provide better slope- holding properties but may be too firm at the base. Other sands where the particles are uniform and rounded can be prone to produce ‘fried egg’ lies which are difficult to play from. We experimented with a bunker liner some years ago and ended up ripping it out. Any advice? There is little doubt that bunker liners of years gone by were not very effective. New generation fabric liners are more successful but still reliant on securing the joints effectively to reduce the risk of the seams becoming exposed. Some fabric liners can become damaged or exposed by pest activity or general maintenance if the sand depth drops too low. Natural turf liners are still used, however performance will be dictated by the quality of turf used. A fibrous thatchy turf such as a down-graded fescue would be best and typically placed upside down. Rubber or capillary bonded aggregate systems offer what appears to be good options, for long-term performance. These systems can be costly to install but will save many hours of maintenance time and associated costs. One still needs to consider the design and aspect of the bunkers and the sand type if the solution is to uniformly perform. Should a frost automatically dictate a move to temporary greens? Managing frost conditions is a really difficult issue. Clubs come under increasing pressure when a neighbouring course decides on a policy of playing on main greens during frost. The most common policy seems to be to allow play on greens when frozen solid but to restrict play at times of white frost and when thawing is taking place. "Negative feedback may be incorrect, but may still be used to wrongly influence maintenance decisions" The latter situation is when most damage is likely to occur as roots can be sheared under the pressure of feet on a soft surface with frozen soils just below. The trouble is that not all greens will thaw at the same point so returning greens to play is a difficult policy to implement. Periods of extended frost have caused some concern at courses, especially when the hole cup cannot be moved because the ground is too frozen. Concentrated doughnuts of wear around the hole cup has damaged sward and soils. This will recover but the green could be weaker heading into the spring. Does the performance of a green deteriorate throughout the course of a day’s play? To cut through the mire of subjective opinion, I carried out a study...
This is member only content

« Older Save Money on your Water Bills
Newer » From the Diploma: Managing Innovation & Growth 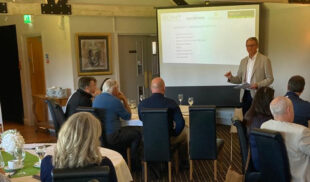 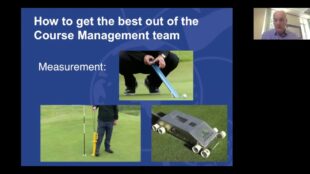