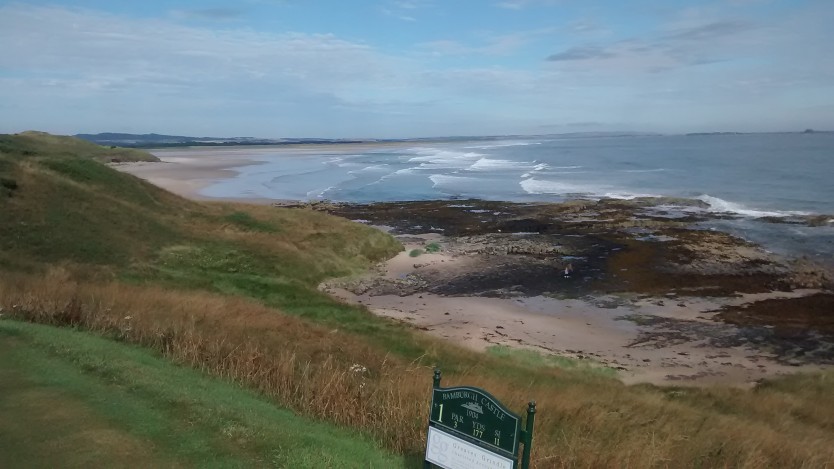 Following on from my report last month and before writing about the match v Scotland, I would like to enlighten you about a few things that impressed me about the golf clubs I visited in Sweden, which I thought totally different from most I have encountered in the UK.

Firstly, the family oriented nature, which is very apparent from the moment you arrive, in that children are taught how play from a young age (6 years old, I believe) but are not allowed on the course without some fundamental knowledge of the game.  They are then encouraged throughout their growing up, which then leads to whole families getting involved and becoming members. Surely this is something clubs in the UK could learn from, especially as it would help get more ladies into the game.

Secondly, again involving youngsters, I saw boys and girls (around 12-14 years old) playing friendly golf together.  How often does that happen in the UK? – not very I would suggest. Thirdly, the totally relaxed atmosphere within the clubs, including dress (which by the way was wholly acceptable to my mind), again adds to the inclusivity within the clubs.  Finally, and probably beyond anything that would be likely to happen in the UK, greenstaff being allowed to have their lunch in the clubhouse (food for thought – no pun intended). When I asked about this, I was told it added to their sense of worth within the club.

After returning from Sweden, with a family holiday in Wales sandwiched in between, I ventured to the north of Scotland for the match against the Scots.  Taking a day and a half to drive there, including stopping off at Auchterarder GC to play, a delightful course adjacent to Gleneagles – my thanks to Managing Secretary David Smith for the arrangements. Arriving at our hotel in Tain, a town a few miles from Dornoch, on the Saturday evening, I felt fit and ready to play.

When we arrived at Royal Dornoch GC on the Saturday morning, the sky was blue, the temperature was warm and there was no wind. These conditions prevailed throughout the round and on the Sunday for the most part. I would like to thank the Scots for ordering such benign conditions, although unfortunately it did not help the English.  After a halved first day, when the score stood at 4 games each, the Scots prevailed on the Monday to win convincingly overall. On behalf of the English players, I would like to thank our Scottish counterparts for their hospitality and Royal Dornoch GC for the use of their fabulous course and for the quality of the food served, which was exceptional.

On our return journey, my wife Pauline and I visited Bamburgh Castle GC, which is situated opposite the Farne Islands.  Having played in brilliant weather in Scotland, we motored back through heavy and persistent rain, but thankfully this had disappeared when we played the following day and once again we had benign conditions on a super cliff top course with the most stunning views of Lindisfarne and Bamburgh Castle.  My thanks to Manager Mike Robinson for the arrangements.

The match against the Scots brings an end to the ‘International’ matches, which I have enjoyed immensely and in which I feel very privileged to have taken part. As would be expected with all matches away, the results have not been as good as the five wins of last year, but I consider a 40% record not too bad a return. What has been surprising, given the terrible summer we have had, is that I have only had to wear waterproofs once and then only for a short period. As mentioned in previous reports, my thanks to all who have played, to all the clubs who have allowed us to play on their courses and to our opponents for their hospitality and camaraderie. I hope those of you who haven’t previously played in these matches will give it some thought, as I assure you there is something to be learned from  mixing with your fellows from other nations.

In September I begin the round of visits to the remaining regions within the GCMA and look forward to meeting some of you there.