My first month as National Captain 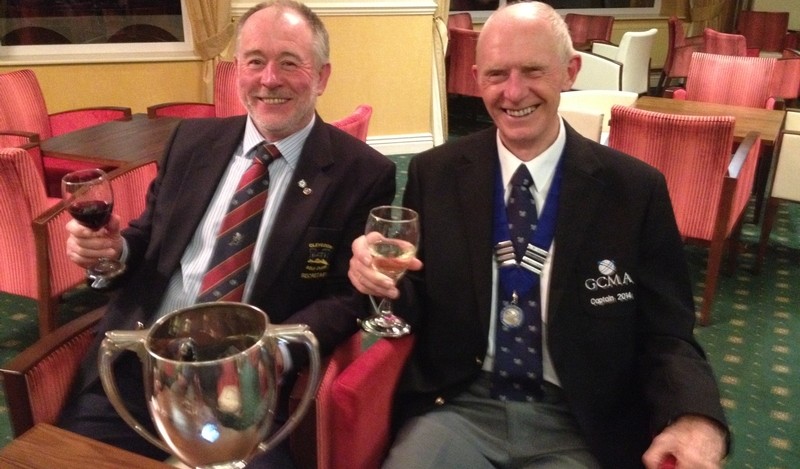 Admittedly I have not travelled in the UK as much as I have abroad over many years. Europe, Far East, Canada, USA, Mexico, Antigua and Dubai live long in the memory, and this tiny land of ours by comparison leaves a lot to be explored in my year as National Captain.

With passport, arctic clothing, waterproofs, first aid kit and the modern essentials such as mobile phone, iPad, SkyCaddie, battery and chargers for all, it seemed I was setting out on a major expedition, not just to an AGM!

Having consulted the map (well, at least put the postcode in the sat nav), I set out to my first visit en route to Conwy GC from Hastings in the South East. My hard working Regional Secretary Mo Brooker had fixed up a game at Royal St David’s, and we were delighted to play in bright sunshine though a cold wind. The drive through was a great experience from both the point of view of wonderful scenery and the driving of the superb and stylish Volvo S60 handed over to me by last year’s Captain Frank Clapp.

The AGM was very well attended and with careful planning and professional expertise went very successfully, leaving no member in doubt as to where the Association was going with the incorporation being approved, the initial directors being agreed and the sale of the present offices to go ahead with a view to moving to rented bespoke office space closer to the motorway network.

There will no doubt be a full report on the Manager of the Year in the magazine but I would like to add my congratulations to all the finalists, and especially to Emma Clifford of West Essex GC, the overall winner.

After being voted in and with my own thanks out of the way, Frank stood down as Captain after a most successful year and Clive Hadley was voted in as Captain Elect. With due deference to the President and his partner Barry Hill, the Captain and Past Captain lost a close match at Conwy GC in the afternoon before the real work started!

By 5.30pm I was driving to my first meeting, the South West Region’s AGM held at Bristol & Clifton GC which was to be held the next day. As with most regional meetings it was straight down to business affecting all our clubs, with excellent presentations from Steve Brand of KPMG outlining the latest position regarding the possible VAT reclaim for visitor green fees, Marcus Lovelock of PinPoint Golf giving a well-illustrated demonstration of how complete overviews of courses and pin position charts can be obtained, and Lisa Landaux from Rijo42 who supplied coffee and explained the benefits to clubs of their product. Again, the networking over lunch and dinner is essential and always raises many issues, and certainly the speakers enjoyed the interest both during their session and afterwards. Bob Williams, our Chief Executive, gave his interesting update, which of course he will be doing when he visits each region throughout the year.

It has often crossed my mind that regions are looking to obtain excellent speakers on a range of topics, and I am certain that if any regional secretary contacts those who have had speakers, they would be more than willing to give a précis of what was said and how informative and successful it was.

Seacroft GC, the excellent venue of the East Midlands spring meeting the following week, was another well run, informative and challenging meeting, organised by Ron Beckett. Peter McCarthy of Premium Credit (one of the sponsors) gave his report focussing on whether clubs need to have a consumer licence or alternatives (see web site). After the general reports, etc, the main speaker was Howard Swan of Swan Golf Designs who outlined his views and passions for golf course design to attract a changing membership and restrict the effect of modern technology demanding more and more length. His demand for simplicity, sustainability and removal of negativity at clubs was well received. His comments on bunker renovation, safety concerns, drainage and a rethink of style of fairway cutting to save expense were well backed up with illustration.

We were extremely well hosted by Seacroft GC, and yet another round in the sun was made even more enjoyable by playing with Regional Captain David Dalby and Max Morgan from Intelligent Golf. Max was obviously inspired by such company as he proceeded to play like a professional, shooting under par off a then handicap of six, and scoring 43 pts – a great round and very well done. Enjoy your new handicap!

I await my further ventures with a good sense of anticipation.

Newer » The GCMA’s new Board of Directors 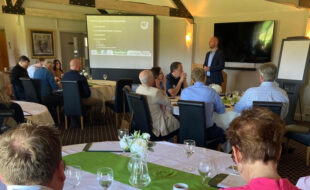 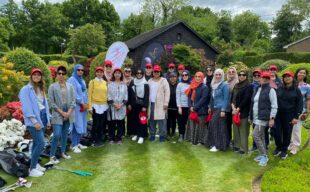 More than 1,000 women have expressed an interest in trying… 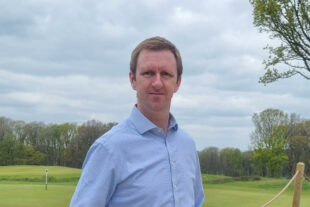 Getting to know… Colin White

Whittington Heath’s General Manager has helped steer the club through…