The GCMA’s new Board of Directors 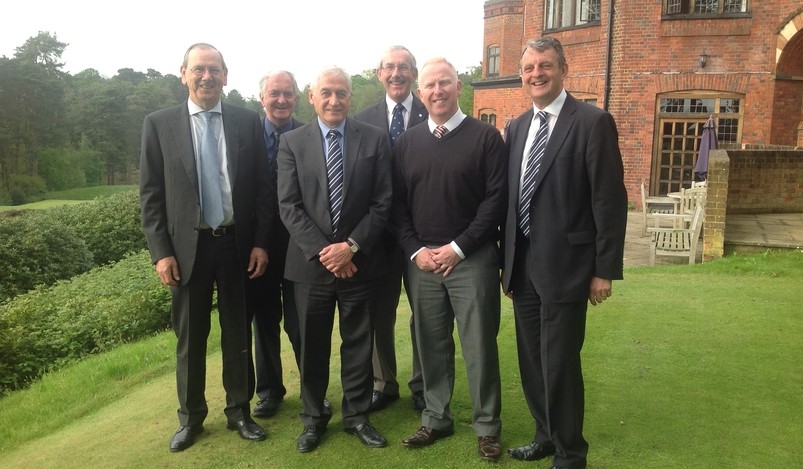 It seems as soon as I have written one article it is time to put pen to paper once again. I started the April editorial by suggesting that the 2014 AGM would have come and gone and that we would now be a limited company – well, that is exactly what happened, and within this very short period of time we have already had the very first Board Meeting.

As you will see from the photo the elected Board of Directors (from left to right: Barry Hill, Gary Steele, Bob Williams, Michael Hoare, Phil Grice and Eddie Bullock) met at St George’s Hill GC in Surrey at the end of April, which in itself was quite an interesting meeting. Many of you will have sat on committees or councils where there has been a change of personnel – but this was a case of almost a completely new team, and certainly had an air of ‘Where do we start?’

Whilst we can all relate to previous meetings that we have sat on, how many times do we think “if we were starting again I wouldn’t do it like that”. It’s almost like the Irish story of when being asked directions, the answer comes back ”I wouldn’t be starting from here if I was you”. The reality is that the newly elected Board of six, who between us have probably sat through more committee meetings than we care to remember, were actually very relaxed about the way forward and in reality set an agenda that reflected a positive way ahead! However, the singular and most important point of the entire meeting was that we spent the complete meeting discussing the way forward for the Association, and didn’t go off on tangents that relate to (dare I say it) ‘the dress code’.

It is too early to speak about the direction and strategy that the Board will be taking, but I can report that the first Board meeting provided all with an extremely positive platform from which we can go on and develop the longer term aims and objectives for the Association.

Following on from the AGM report in the April issue of the GCM magazine, you will have read of the members’ agreement to go ahead with the decision to sell the present premises in Beaconsfield Road, Weston‑super‑Mare. Obviously this will be quite a wrench, albeit the correct decision at this moment in time.  All we have to do now is find somewhere to live!

Manager of the Year Award: As you will have seen from last month’s magazine, Emma Clifford from West Essex GC was the proud winner of this year’s event, which I have to say was a superb advertisement for the professionalism shown by all of the finalists. The judging panel of six deliberated well into the night before reaching their decision – and when speaking with them after it was obvious that the calibre of the managers made this the most difficult choice that they have ever had to make. The one area that I particularly enjoyed was how the group of finalists bonded and created a network between them that I am sure will last for a very long time. I would like to take this opportunity to thank all the six managers plus the people who nominated them – all were a credit to their individual golf clubs as well as the golf industry.

National Golf Meeting: Royal Blackheath GC on June 18, 2014. I would like to take this opportunity to invite you to join us at Royal Blackheath GC for our National Golf Meeting, when once again there will be the two trophies up for grabs Greenshields Memorial Trophy and The Founder’s Cup. Royal Blackheath GC which was instituted in 1608 and has an unrivalled history, possesses one of the finest collections of golf club memorabilia in the world – this in itself is worth the entrance fee before you even hit a ball! On this occasion the day will be sponsored by Club Systems, but we will also be supporting the On Course Foundation who will be helping manage the day’s golf. Details of how to enter the golf day are included within this section of the magazine.

Regional Visits: Over the last three months I have had the pleasure of meeting a number of you as I have travelled around the clubs. Whilst there are no two regions the same, I have been extremely encouraged by the thought that has gone into the meetings and the efforts made to get informative speakers to address the members. This is an area that I would like us to build upon and hopefully encourage more members to attend the business meetings. Included in the last couple of meetings, I have listened to a most informative presentation from KPMG who spoke about the present VAT and tax situations, as well as a gentleman who presented on the benefits of bio-mass boiler installation.

I have also been in attendance when Christopher Hicks of England Golf gave a most informative session, which brings me onto a project the Golf Union of Wales are presently reviewing. Stuart Finlay, GUW Development Officer, confirmed that they are looking at providing the smaller clubs with a mentor to their committees, which in turn is aimed at  encouraging the club to make an appointment who would provide the leadership that the club needs to project their business. It is their intention that the mentor is an existing club manager or director of golf who can spare some time to visit the smaller club. It is an interesting concept and one with which I will wait to hear how it develops. 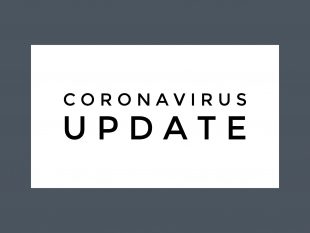 What3Words Could help make your club, and parts of your course, easy to find.

We all know the frustration when navigating to a post…