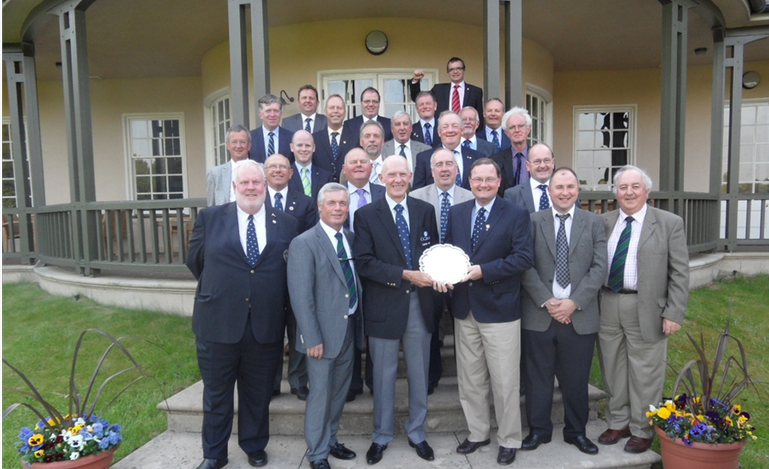 After seven consecutive weeks travelling to the various regions since the AGM, I can now put my feet up for a couple of weeks before the National Meeting at Royal Blackheath GC in June, which is being organised with the help of the On Course Foundation, which supports the recovery of wounded, injured and sick servicemen, women and veterans through the medium of golf.

In effect, I am starting with the last of my recent visits and refer to the excellent and compelling short talk given by David Onions at the North West meeting at Eaton GC, Chester. David, himself a wounded soldier, left no one in doubt as to what effect a severe injury can have on both the physical and mental capacity of an individual, and how much having a direct purpose, aim and involvement in golf can help with the restoration of an individual’s life. We all know how one can get hooked on golf after hitting a long straight ball or a chip stone dead, but David pointed out how this can spur on someone who is severely impaired and gains this success.  For example, we were all humbled when hearing of one-armed or other limbless players playing off very low handicaps.

Playing is not the only part of this however. The intention is to gain work placements in golf clubs where the specific skills of these men and women can become an effective part of a club’s team, whether it be on the course or in the clubhouse. Their involvement back into the working scene provides a future that is keenly sought. Any club thinking they can offer any opportunities should contact [email protected]

The professional approach to all the regional meetings adopted by the regional secretaries and the arranged speakers is certainly a developing theme. The content of speakers is very diverse, and although delivered in a variety of ways the salient points can always be extracted by those attending. I challenge anyone to come away from a meeting without some extra knowledge, something to check up on or someone to see about an issue they might have. The networking achieved over lunch and dinner is vital, and those who do not attend meetings are certainly the losers.

Following last month, I have visited Langland Bay GC, Ashridge GC, Wakefield GC, Faversham GC and Eaton GC.  I would like to thank all regions for their hospitality and welcome.  I am delighted to say that on each occasion since the AGM the winner or qualifier for the Fairway Credit final has come from my playing group, despite me telling them this before we started to play in some cases!  It is amazing what a bit of pressure can do to focus the mind!

Congratulations to all who have qualified for the Fairway Credit finals planned for September at the Forest of Arden Marriott Hotel and Country Club, and of course many thanks to Fairway Credit for their ongoing sponsorship of this event in particular.

Amongst the various presentations heard from the last five regions, and in no particular order, the following are especially worthy of further consideration:

The first of the international matches was held at the beautiful Alwoodley GC in Leeds, between England and Ireland. All members of the GCMA are reminded that they can put their name forward to play in any of the matches, shown in the diary sent to you by HQ – in fact you are encouraged to put your name forward. The friendliness between the teams is an example to every sport, but so many ongoing topics of concern are talked about during the match down time that again everyone comes away with some ideas. Matches that remain are England v Wales, England v Sweden, England v Scotland and Ireland v Scotland. Contact HQ for details.

In this particular match Ireland took a huge lead on the first day, but with something akin to the Miracle at Medinah, the Avalanche at Alwoodley turned the match around completely to help England win for the first time in six years. Many thanks to Alan Threadgold, Manager of Bray GC, for bringing over such a sociable and competitive team.

« Older The GCMA’s new Board of Directors
Newer » A mixed bag! 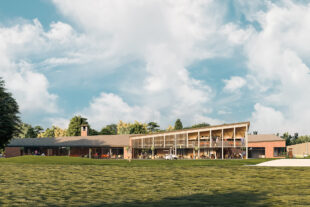 Bognor Regis have unveiled ambitious plans to build and relocate…