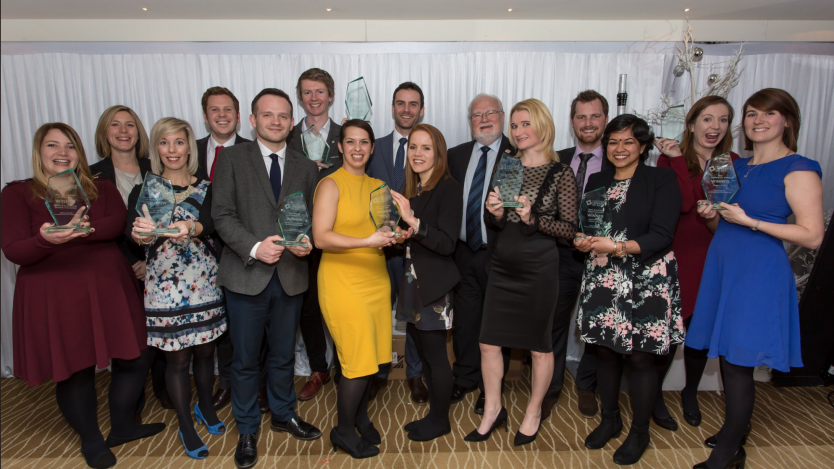 The Golf Club Managers’ Association has won a coveted industry award that recognises the association’s work to deliver effective, innovative and successful engagement with members at the Association Awards UK 2017.

The association’s new members’ journal, The Golf Club Manager – which was launched in April this year with the aim of putting members back at its heart – was rewarded in the Association of Association Executives’ (AAE) Best Membership Engagement category at its annual congress in Manchester on Thursday 14 November.

The category was looking for projects that demonstrated creativity, expertise and innovation in changing the way an association interacted with its members. Judges explained that The Golf Club Manager was rewarded for encouraging a sense of belonging and community, and for reinforcing the purpose of the association.

We are delighted to be recognised by AAE, and especially in this category, given membership engagement is key to the success of any association.

Before we launched we knew we wanted to put members back at the heart of the magazine – even changing the name subtly – and it’s incredibly satisfying to have positive member feedback backed up by an award from such a prestigious organisation.”

So far over 80 members have featured in The Golf Club Manager, and it’s a testament to the strength of the GCMA community that our members are so keen to hear from their peers and colleagues. It’s also a nod to the hard work and commitment of our team at the GCMA and our media partner Sports Publications, and marks a great end to the year.

Since the relaunch of the monthly journal in April 2017, feedback about the new magazine from GCMA members has been extremely positive, with overall satisfaction with the journal rising 33% since the new title was launched. The Golf Club Manager is published by the association’s media partner Sports Publications.

The Association Awards judged remarked that the relaunch project:

GCMA members receive The Golf Club Manager as part of their membership package, and the magazine is also available by subscription for non-members.