Team of the Year Winners: Pyle and Kenfig 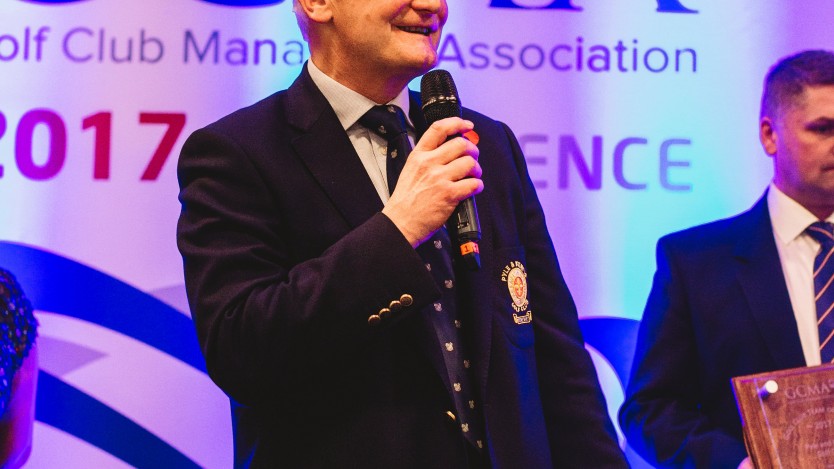 They are going to need a sturdy new cabinet at Pyle & Kenfig after adding yet another award to their trophy collection.

The team of secretary Simon Hopkin, professional Dylan Williams and head greenkeeper Paul Johnson scooped the Team of the Year prize following a stunning couple of years that has seen them make improvements and developments at every level of the Welsh course.

Whether it was investing in junior golf, or installing a massive new irrigation system, the team’s work means top tournaments arrive on a regular basis and sees members flooding to sign up. We spoke to Hopkin about the award and how Pyle & Kenfig plan to build on their success…

Pyle & Kenfig – Team of the Year. How does that feel?

We haven’t stopped talking about it. I had emails from all the general committee members and congratulations from a lot of the members. It is tremendous and a huge pat on the back for everyone involved with Pyle & Kenfig.

The Welsh clubs that attended the awards really got behind you when it was announced you had won. There seems to be a real sense of community in the Wales region…

There is. I’m a past captain and one of my remits was to try and get business/networking orientated within the clubs. So if somebody had a problem, somebody wanted some advice, they could just pick the phone up or just pop round to the club. It’s an absolutely fantastic region. You have that community spirit. When you go into the regional meetings, everyone shares the same experiences, has got the same set of problems and the same staff issues. It’s great and you’re just proud that your fellow peers are giving you support.

What does this mean to the team as whole?

It means everything. One of the questions asked (during the judging process) was ‘what does it mean to you? How are you going to promote it?’ To be recognised by your association, by your fellow peers, is always the pinnacle of what you aspire towards. We hold big tournaments here, we have got full membership, our renewal rates are very high and you can see – in your key performance indicators – that you’re hitting your objectives and all the targets that you try to achieve as a manager.

But it’s always nice to get that huge pat on the back from the association and you can shout it from the rooftops. It’s just fantastic.

It not only validates the work you’ve done, but tells you you’re on the right track and gives you confidence your strategy is working…

Absolutely. I came away from the 2015 Conference with a couple of key objectives that I wanted to implement into the club – as far as branding was concerned and community spirit.

That’s exactly what I did. It went into our strategy of how we were going to move the club forward, together with forming the junior committee and attaining the golf certification from Golf Development Wales, as it was then.

We were the first club in Wales to do that. With the growth of junior coaching, membership and the development of that, we won the Bonallack Award at Wentworth in May, which was wonderful. At this year’s conference, I picked up another two or three customer focused issues that I want to concentrate on.

It’s quite strategic now. I go to these conferences with things in mind that I want to do and who I want to meet.  It’s how you pick up those little action points you can bring back to the club, implement them, and move the club forward. It’s hugely benefiting and rewarding.

What’s next for Pyle & Kenfig?

I’ve always believed in continuous improvement and empowerment of the staff.  We’re always looking at bringing tournaments to the club. Next year, we’ve got the Welsh Amateur. I’ve just also secured the 2020 Women’s Team Championship for Wales and in 2022 I’ve got the Home Internationals here, which is going to be fantastic.  The next four to five years are busy in terms of tournament play.

We’re then looking at our centenary in 2022 so we are building up to that as well. We’ve got a number of projects we want to implement in terms of the clubhouse, lounge development and dining room.

What the judges thought…
The team have had a huge impact at the South Wales club. Green fees have increased year-on-year by 7.5 per cent – and the club receives consistently strong customer feedback. Some 65 new members arrived as a result of strong marketing techniques and the club has created a pathway that has resulted in a significant increase in junior membership.

What the sponsor said…
“Pyle & Kenfig have managed to motivate and enthuse not only the members and the committee, but also the local community behind their goal of delivering excellence in welcoming newcomers (ladies and juniors) to the game of golf, and helping them to get started, grow in confidence and stay in the game.” Carolyne Wahlen, Golf HR