‘I think golf is ripe for change’ 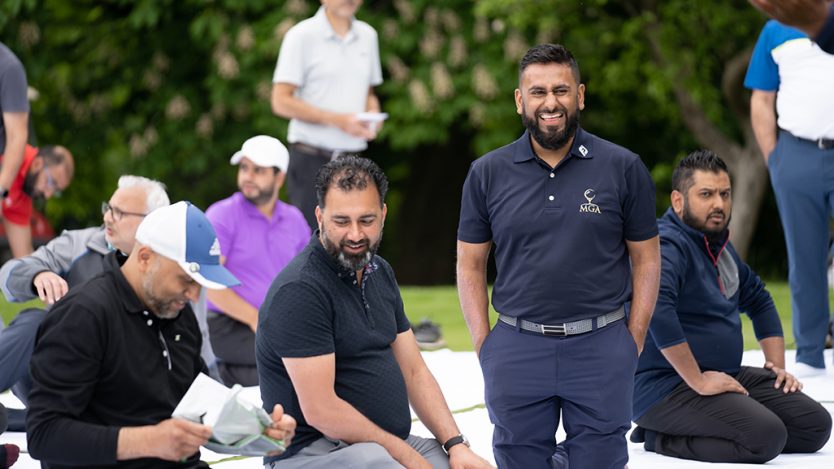 Through the Muslim Golf Association, founder Amir Malik wants to change the world... Every time Amir Malik steps onto the 1st tee he faces challenges – and they don’t simply involve putting the ball in the hole. As a practising Muslim, he avoids golf’s many clubhouse rituals, the 19th hole drink and the gambling culture that’s such an important part of a day at the course for so many. He prays five times a day, fitting his faith into minutes around tee boxes or finding a quiet corner of a changing room to show his devotion. He’s faced racism, and yet his deep love for golf remains undimmed. Those experiences have not defined his view of the sport. They’ve inspired him to change it through the Muslim Golf Association. He wants to take the world by storm. It took one flushed shot at the driving range for Malik to become smitten. “If you don’t get a sensation, if something funny doesn’t happen to you inside when you see that ball struck sweetly, or just go up and down, then golf isn’t for you. “If you do, that’s the beginning of the end because the addiction will really kick in. That’s what happened to me. “I was very fortunate. I had a close group of friends who got into it at the same time. We didn’t have a clue. You start off at the pitch and putt and you progress your way up, but you do it collectively. “We were always nervous about going to golf courses to see how we would be received because it has always seemed to be a sport played by white, rich, middle-class men. To see brown guys there was just a no, no.” But Malik found common ground and he began to see similarities between golf and his faith – a discovery that only deepened the bond. “If you look at what golf does, what it teaches and how it’s played, it’s a phenomenal sport,” he explains. “You learn so much from a life perspective. People really grow up, because of who you’re playing with and the values. I’m talking about the game in its pure sense because the course doesn’t discriminate. “If you respect the course, the course respects you. I was comparing it with Islam and I just found so many similarities. “If you look at the etiquette, the integrity, the handicapping system. For me, it was phenomenal. I’ll give you an example. There’s one quote I’ve got on one of my banners. I don’t know how true it is in itself but it goes along these lines. It says ‘The man who can go into a patch of rough alone, with the knowledge that only God is watching him, and play his ball where it lies, is the man who will serve you faithfully and well’. “It really is a game of small margins because no one’s really watching you when you’re standing over that ball. It could be a difference of...
This is member only content

« Older Has golf gone down the digital rabbit hole?
Newer » Have you made your nominations for the Manager of the Year awards?