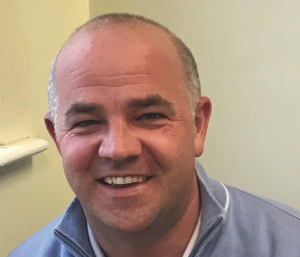 When your course is a staple of top 100 lists, it takes guts to make big changes. But that’s what they did at Saunton and they are reaping the rewards. General manager Russell Mayne talks through the project…

A worthy understudy, the second course: Saunton’s West layout was labelled, even though most clubs would kill for its beautiful surroundings on the outstanding north Devon coast.

But when directly opposite you is the East, a course that’s considered one of Britain’s best and a worthy candidate if the Open Championship rota was ever to expand, then it’s hard not to play favourites.

One of Saunton’s strongest unique selling propositions is that they can boast 36 holes of such quality. Lots of clubs have two courses but there’s often the Championship – and then another.

Saunton’s members have always been equally split as to which of the East or West was their favourite, and the two are very different golf courses.

“To have two championship links courses in their own right is an absolute blessing,” says general manager Russell Mayne. “It’s really enabled us to provide a fantastic service for our customers in that they can be here for one, two or three days playing two rounds on each course and really get the full experience of links golf in North Devon.”

Mayne’s ethos is that if a visitor comes back each year to play a round they should find something new, something to entice them to return. He explains:

“We are very much working on the premise that if you are stood still you are going backwards. There are some very good courses in the UK that are continually looking to improve and I don’t think there should ever be any harm in trying to be the best that you possibly can.”

And so through the winter of 2016, even though the West course held a strong position in a host of top 100 ranking lists, and commanded huge respect, Saunton undertook what can only be called an extensive remodelling.

Nine holes were altered in all, with the help of esteemed architect Tom Mackenzie. Bunkers were added, tees were extended and raised, even fairways were moved.

Nowhere was the impact of the redesign seen more powerfully than the 12th, a par 5 Mayne describes as “very bland” before new back tees, altering the shape of the fairway, new bunkers and a realigned ditch transformed it. But why make the changes? “We want our visiting golfers and our members to not have a favourite course,”

Mayne declares. “We want it to be an even split as to which one they think is best. “We are very much trying to sell 36-hole packages or two-day packages and to get people to experience everything about Saunton. “With the West, it’s a fantastic course in its own right but there were quite a few things we could do to really enhance it without making it 7,500 yards.

“Even though we have 36 holes of links golf here, they are two very different golf courses that need to be played in very different ways. “It was to bolster the West so that people would never feel shortchanged by playing what is the newer golf course.”

With the work, completed over 12 weeks and finished just over a year ago, having been received “absolutely brilliantly”, the club have had the exact response they hoped for when they embarked on the project. “We are finding that people just want to play both golf courses.

There is no preference. Half the membership will say they prefer the West and half the East. “Because of the work we have done on the West, we are seeing people coming down and saying ‘I haven’t played the West for years, let’s have a crack’.

“By doing the right thing, and believing it, it’s almost been one of the best marketing tools ever in that we are getting people now phoning up saying ‘I want to play the West’ rather than before when it was ‘which is your championship and which is the longest?’

It really has worked very, very well.” Add to that the boost in membership numbers year-on-year, particularly in trying to attract juniors and that awkward 20 to 40s group that drift away from the game, and it’s a winning combination.

“I have been mindful that there are three very distinct markets that we need to be targeting. “One is really increasing the numbers of juniors in the game and we are doing fantastic work with the local community and schools to get people involved.

“The second is looking marketing-wise about how you attract people between the ages of about 20 and late 40s to your course – those who are either working or don’t have disposable income to be a member – and providing those opportunities. “We are very much focused on the ladies side as well and it’s also very important to take care of your existing members, your senior members who have been members for a long time.”