The Inside View: JR Jones

“It’s the first fundamental review of the Rules of Golf for more than 30 years, so it’s imperative club managers get involved and have their say” – JR Jones is the GCMA’s president. 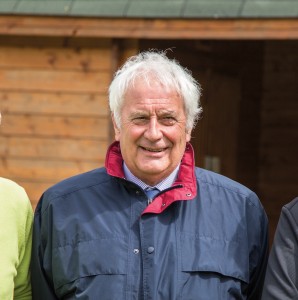 As this issue rolls off the press, the UK is preparing to go to the polls for the General Election, and it’s often said that those who do not vote have little right to complain about the actions of their elected representatives.

In my role as president of the GCMA I encourage you, as golf club managers, both to engage in the consultation process of the proposed new Rules of Golf yourselves, and also to encourage your members and customers to do so. To recap, in March, The R&A and the USGA unveiled a preview of the proposed new Rules of Golf as part of a joint initiative to modernise the Rules and make them easier to understand and apply.

This is the first fundamental review since 1984, and was established to ensure the Rules fit the needs of today’s game and the way it is played around the world.

Imagine if there was only a general election every 30 years – you would do your utmost to have your voice heard!

The announcement kicked off a six-month evaluation period during which golfers were invited to learn about the proposed changes and provide input during this evaluation period, while they are still being discussed before their proposed implementation in 2019.

It’s imperative that golfers give feedback on the proposed edition, which has been written in user-friendly terms, and includes a reinforcement of the reliance on the integrity of the player.

Golf club managers should also benefit from the more relaxed bunker and putting green rules, which, I suspect, are often a source of heated clubhouse discussion.

I have seen the development of the new Rules first hand and David Rickman, executive director – governance at The R&A, has worked hard with his team, along with the USGA, to create a proposal that suits the modern game. However, I know David isn’t arrogant enough to think that they’ve definitely got it all right, and I can assure our members that this will be a genuine consultation, and that the feedback received will absolutely be taken on board.

Last year’s ‘Time for Golf’ is an excellent recent example of a report that was based on survey data and qualitative responses to reflect what was really happening on the ground, and the Rules consultation will be no different.

The revision should benefit both managers and players as it aims to make golf simpler to play, which should make the game more appealing and have a positive impact on participation.

Indeed, David recently said: “Our aim is to make the Rules easier to understand and to apply for all golfers. We have looked at every Rule to try to find ways to make them more intuitive and straightforward and we believe we have identified many significant improvements.”

The consultation process is simple. Just visit www.rules.golf to review the proposed changes, and submit feedback online by August 31, 2017. I’m also happy to discuss this further – just get in touch at [email protected].