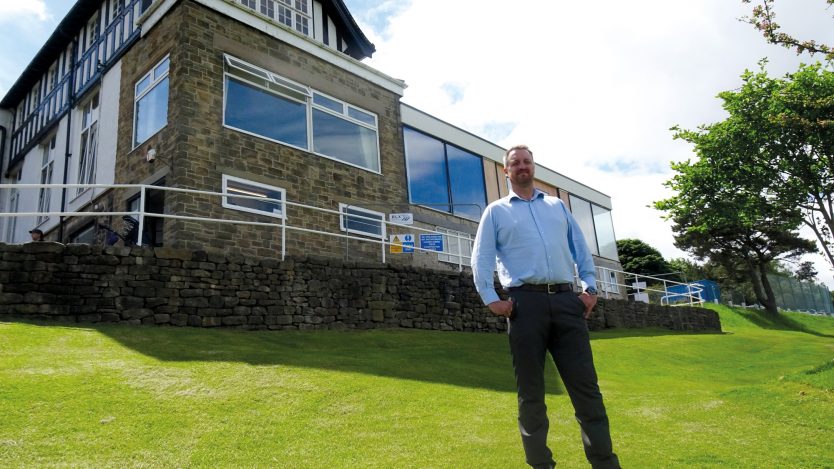 Hallamshire’s general manager looks back at a storied career and gives us a glimpse of the transformation under way at the renowned Yorkshire club Golf club managers have a saying, and James Glover is no different in employing it: the moment you stand still you go backwards. There’s hardly been time to draw breath since he arrived at Hallamshire just over three and a half years ago. Planning is at fever pitch for the Sheffield club’s 125th anniversary next year and a clubhouse refurbishment project has transformed under his stewardship. He has taken the frantic pace in his stride but, given his history in the game, that’s no surprise. James spent nine years at the prestigious Queenwood Golf Club, in Surrey, where members expect – and pay for – the highest standards of service. He has worked hard to transfer the skills he learned in that environment to Hallamshire. We caught up with him to learn about his career path and the exciting plans in store for the club over the next few years… Tell us about Hallamshire... It’s arguably recognised as the premier golf club in the city area of Sheffield and we’re 125 years old next year so it’s an exciting time. We’re a strong golf course. We’re 1,000 feet up, so it presents a challenge with the wind and the elements. You’ve got to be able to control and flight your ball well around here. There are fairly small greens and it’s got a firm and fast nature to it and drains well. We’re recognised as a Harry Colt design but we’re looking at some exciting things with the golf course going forward and the work we’ve done already has pointed to a very different kind of heritage. We’ve uncovered a lot more influence from Alister MacKenzie, from around 1914, and Herbert Fowler as well. There is some serious design heritage in there. We’re looking at engaging over the next few years in a long-term development plan of the golf course to recognise some of those historic features. Obviously, like many golf clubs, numerous greens committees down the years touch the course. You can see little different styles and we’d like it to be more consistent. We’re looking at pairing with the right partner to pull that long-term strategy together. One of the key things is that Sheffield’s a city with a strong sporting heritage anyway and perhaps our place in the golf club hierarchy attracts people to the club. If you are serious about your golf, most people want to play the best courses. How did you come to arrive here? Like an awful lot of people, I started by wanting to play the game. I decided I was going to follow the PGA route. I worked in the shop at Rotherham Golf Club but wanted to be the best I could so I applied for a summer seasonal position at Royal Portrush, which I was lucky enough to get. I went over at the beginning...
This is member only content