What will 54 handicaps actually mean?

The new Category 5 and 6 handicaps have been introduced but what will they actually mean in practice? We interviewed Gemma Hunter, England Golf’s handicap and course rating manager and CONGU board member to find out. 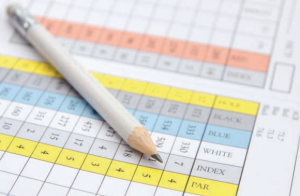 To say they caused something of a storm would be an understatement. When CONGU introduced categories 5 and 6 a the start of the year – allowing handicaps up to a maximum of 54 – it seemed everyone had something to say about it, and much of it negative.

But what golfers think will happen, and the reality, can often be very different and so we put some of the key questions from both members and clubs to Gemma Hunter, England Golf’s handicap and course rating manager and CONGU board member, to find out exactly what we can all expect when the white tee markers go back out in April.

Do we have to allow maximum handicaps in every competition?

It’s totally up to the golf club. What we have to establish is that a player has the right to access competition. What that form of competition may be is up to however that club wants to design it to suit them. They don’t have to have access to every single event, just as a golfer doesn’t have the right to access every single event that England Golf run. There are certain events that might have a handicap limit and clubs can do that within their own competition conditions. That’s where it’s really key that the club highlight in their competition conditions, or their entry criteria, what requirements there are of any given player for each event.

So a club can restrict handicaps in a monthly medal, for example?

They can. We wouldn’t say do it for every single one (competition). The recommendation we have given is that we understand that for a club’s major prizes – board competitions, club championships, club trophies – they may want to keep a handicap limit on. But we would hope that clubs would open up competition to any handicap player.

For example, medals might not be suitable for those players with a higher handicap – due to the number of strokes and the time and the fact it can be quite disheartening to hit that many shots. So it may be that Stablefords are a better option for that handicap of player. We have seen clubs that have run two competitions on the same day. They’ve had a medal for, let’s say, handicaps 30 and below and then, for handicaps 28 and above, they’ve run a Stableford. Those players who are 28 to 30 can then choose what they play in. There are loads of different ways people are doing it and it purely comes down to the club thinking ‘what’s our membership make up and where do we want to pitch certain competitions?’

“We’ve been doing a lot of data collection to show the number of rounds – medal to Stableford – coming through CDH is now almost 50/50. Previously, it was very medal predominant”

I would hope that if a club played a Stableford competition it would be open to everybody, irrespective of what type of event it was. Whereas I can see clubs putting certain restrictions on medal events like board prizes and trophies.

Clubs are having their annual handicap review. How will they deal with players at the old maximum marks, who can’t play to that and will probably expect an increase?

In the handicap review this year, we have introduced a new element – a report that sits in the back of the handicap software. It’s what we’re calling an ‘all members report’. You will have some of those players that are currently on 28.0 and 36.0 appear on the annual review, with a recommendation in terms of what that handicap increase would be. It will only go up to two strokes. What we’ve said is that in the report is there is a column, which is a performance against target score, and that’s what the annual review is built upon.

Based on that, if you print off the report and have a quick look at the players on 28.0 and 36.0 you get that performance against target score. CONGU in their FAQs have put in a little paragraph to say what to do with those players and whether you should increase them by one, two or three shots. Whatever those increases are, we would always say to the club ‘keep your eye on the player’ because if they are still not able to play to it you might have to do another review in a couple of month’s time. Or if you gave them too much back, you might want to drop them back a little bit depending on their performance.

Not unless there is an exceptional case to warrant that and I’ve not yet come across one. The biggest increase I have seen so far has been from 36 to 45.  I’m looking at between one and three or four shots maximum for the average golfer. So what exactly will the handicap software propose? Up to a two shot increase. You might want to look beyond that at anyone who might need a third or a fourth shot, depending on how big that performance against target score is and your knowledge of the player. There are other reviews in the CONGU system that will flag players if they are outside the buffer zone so we will continually watch these players and it does tend to be the declining golfer.

There’s not going to be a huge number of players in these higher handicap categories this year.  Over the year, as players go up .1, you will see a drift where those players on 28.0 could quite easily drift up to 30 or 31 depending on how much they play.

And you have that review that kicks in during the season after seven consecutive .1s…

That’s all part of the process of saying ‘even though we’ve given this players three shots at the annual review, if they are still returning scores of seven .1s do we need to look at it again?’ My advice would be: yes, if they are consistently still outside the buffer zone by a number of strokes.

A lot of people think higher handicappers will slow the pace of play. If a club has a number of such players wanting to take part in competitions, how can they help them keep up the pace of play?

There’s three key points. Firstly, nobody has ever found a link between a player’s handicap and the pace of play. We’re not actually changing the players that are out on the golf course. We’re just changing the number of shots that we are giving them to make it fair and equitable.

The second point is that, as a golf club, be sensible about it. Speak to that group of players who are off 50 and above or, mid 40s and above. They probably don’t want to be playing medals. They want to be able to enjoy their golf and don’t want to have 11s and 12s. Give them more opportunity to play in Stablefords than medals. That way, they can’t score, they pick their ball up and move on. It’s not delaying play any longer than anything else that causes a delay in pace of play.

Thirdly, look at 9-hole competitions. It is suited to that type of player because they don’t want to be out there that long. They want to enjoy and measure performance and I know, from when I was starting in the game, that I would quite prefer to play 9-holes because, by the time I got to seven or eight, I’d hit quite a lot of shots and was getting a bit bored.

For ladies that haven’t got massive fields in their monthly medals or competitions, putting a 9-hole competition for those higher handicap players at the back of the field, so they could come in and be at the golf club at the same time for their cup of tea or sandwich after the game, is a really good way of doing it.

At certain times of the year, put on 9-hole competitions that are open to everybody. Targeting Stableford as a preferred format is certainly the approach I would recommend clubs take.

We know there’s times where you can’t have a medal and Stableford running on the same day because you are going to have a full field. But if you run 40 medals a year and only 10 Stablefords, while not run 30 medals and 20 Stablefords. Just think about how you set your competitions up for the year. We’ve been doing a lot of data collection to show the number of rounds – medal to Stableford – coming through CDH is now almost 50/50. Previously, it was very medal predominant.

Now that’s starting to level up and certainly the higher handicap players in category 3, 4 and 5 prefer Stableford over medal. It’s just getting clubs to see that when they set their competitions up.

Can a competition committee set handicap limits for matchplay events as well?

So if you’ve got a men’s knockout and you want to set a handicap limit of 24 then do that but, if a player is off 25, then they can’t enter. It’s the same with competitions. Set a hard limit. Don’t say ‘you can be off 30 but you have to play off 24’. That’s against the spirit of the CONGU system. It has to be a handicap limit – just as if you were trying to enter the Brabazon and the handicap limit was two. If you don’t get to two, you can’t play in it. A handicap limit, set within your competition conditions, is totally fine and acceptable. If a player hasn’t achieved that handicap, they are not eligible to play.

« OlderTeeing off for Strategy
Newer »The interview: JAMES MACLEAN

The Icelandic volcanic eruption that showered Europe with ash more… 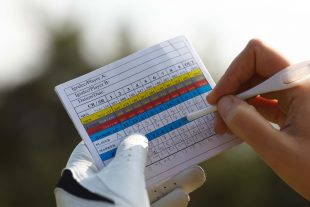 How can we try and stop the handicap cheats?

Integrity in the World Handicap System is a huge issue…