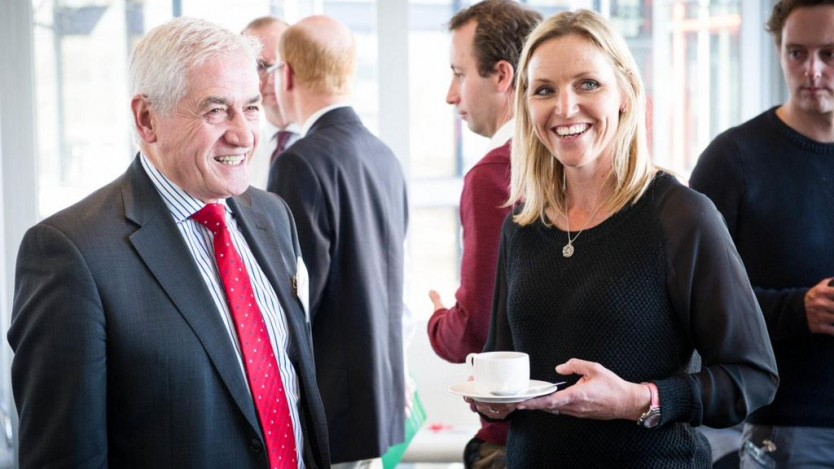 By the time you read this the Christmas and New Year’s holidays will be nothing more than a distant memory, however as I am putting pen to paper it is the sign that the holiday is most definitely over and we are  preparing to return to HQ for what promises to be an interesting year for the Association.

As I mentioned in the December edition the new GCMA website should be online by the time you receive this magazine – the website designer and our own digital communications manager Mike Hyde are very excited by what we are aiming to provide for you in the New Year. In the initial stages the website will be continue to be ‘work in progress,’ but as we move forward you will gradually have a working communication and information product that provides you with the tools to help you carry out your job and associated duties.

Whilst on the subject of communication, you will have received an online survey from us just before the Christmas break regarding the design and content of this magazine. Following a meeting with the editor and publisher of ‘Golf Club Management’ to discuss the way forward, it was agreed to try and ascertain your views before we make any improvements or changes. Hopefully over the next two or three months you will see the refreshed and refurbished magazine, which in reality will reflect your feedback and thoughts.

As I am sure you are preparing for the year ahead, you will recall that you received a copy of the Syngenta report with your December magazine – The Opportunity to Grow Golf: Female Participation. To initiate this report a number of delegates from many of the golf industry providers and associations were invited to the launch in London, which is where I was lucky enough to meet up with Carin Koch, the 2015 Solheim Cup Captain and discuss the barriers that appear to be in the way of increasing female participation.

The emphasis of the report is obviously targeting the opportunity to increase both female and youth participation. The view was that friendlier, ‘less masculine’ clubs could encourage more women to take up golf, which follows specialist qualitative research, including a series of panel sessions around the UK listening to the views of female golfers, lapsed players and non-golfers.

This view was enhanced that Golf in the UK has an opportunity to grow if clubs and courses become more female friendly and offer flexible playing options, the study found more women would be interested in taking up golf if they could learn with female friends and family, and play on shorter courses offering the option of nine or six-hole rounds. They would also be encouraged to commit to golf or return to the sport if clubs were ‘less masculine’, ‘less intimidating’ and treated them as ‘valued customers’.

If you have mislaid the report or wish to use the report when speaking to committees or owners the full free-to-download report is available to download at www.greencast.co.uk

How refreshing to see one of the world’s top players lending his voice to the need to speed up the game, for those who failed to see the BBC report, this is a very brief resume of his stance;

Rory McIlroy has called for a faster version of golf in a bid to attract young players to the sport.

“Everything’s so instant now and everyone doesn’t have as much time as they used to,” world number one McIlroy told BBC Radio 4. – “So we may try some way of speeding the game up.”

Northern Ireland’s McIlroy, who won the Open and the US PGA in 2014, added: “The viewership in golf is up but the participation is down. People enjoy watching the game but gone are the days that you could spend five or six hours on a golf course.”

Golf’s authorities have been reluctant to bring in changes in the past, with The Royal and Ancient Golf Club of St Andrews only agreeing to admit women  to its membership in September.

But McIlroy believes the sport’s rulemakers are ready for new initiatives.

“I don’t think they’d be against it, especially if they wanted to get participation levels up,” said McIlroy, I don’t think they need to alter tournament-play formats, I think that works very well. It’s the grass roots… definitely not at our level.”

Having famously appeared on television to chip golf balls into a washing machine at the age of nine, he wants young people to follow his example and take up the sport early in life. “I feel as though I’ve inspired a lot of kids back home in Northern Ireland to pick up the game and play,” he said.

“Hopefully I can continue to do that beyond Northern Ireland because it’s a great game. It’s given me a lot and I’ve loved every minute of it and I know if more people pick up the game they’ll love it, too.”

Continuing with the theme of new initiatives we are aiming to launch the ‘Young Managers Group’ in 2015. As I prepare to commence my third year in post, the recent decision to appoint Mike Hyde has done more than provide us with the enhanced communication channels; it has also highlighted the need to look at golf club management from a different perspective. Whilst the GCMA Board of Directors and National Committee can boast many years experience of managing golf clubs, sometimes we need to take a fresh look and examine how we deliver our management practices at all levels.

Throughout the last year or so I have taken the opportunity to speak to a number of our younger members, which in turn has influenced me to look at the option of  understanding their views, hence we will be embarking on the development of the ‘Young Managers Group’, it is envisaged that the group will meet on a number of occasions throughout the year with an objective of discussing the way forward for how golf club management will develop in the future and how the Association can deliver the management tools of the future.