The nominations process for the GCMA Golf Club Management Awards, the most prestigious accolades in golf club management, is open now.

At the Golf Club Managers Association’s biennial Conference in November, the 2019 Manager of the Year will be revealed, along with two other awards that recognise the exceptional work of GCMA members and their teams over the past two years.

Anyone can nominate a GCMA member for an award, by simply completing the nomination form on the GCMA website.

Thanks to the generous support of the three sponsors, the Golf Club Management Awards will recognise the outstanding finalists for Manager of the Year, Newcomer of the Year and Team of the Year.

To be eligible for Team of the Year, the team must include club manager and at least two from: club professional, course manager, bar steward and food and beverage manager, whilst the newcomer award is open to those in their first golf club management job, who has been in post less than two years.

The 2017 Golf Club Management Awards saw Amy Yeates awarded Manager of the Year, for her work “at the forefront of the evolution of golf in Scotland” as then-manager of Fairmont St Andrews. Having joined Moor Park as CEO in 2018, Yeates was also recently elected to the board of directors of the GCMA. Speaking to The Golf Club Manager last year, she attributed the award to, at least, influencing her successful application for the new role at Moor Park: “I think winning the award really influenced that. It was a big part of the cover letter for my application and it was good timing.”

The  2017 Team of the Year prize went to Pyle & Kenfig, with Gordon MacLeod of St Ives (Hunts) picking up Newcomer of the Year, describing the moment as giving him “confidence that I could be on to something in terms of my approach and to try different things. My confidence has also given me a greater ability to see what’s going on in the wider golf market and try and translate that into what might happen here at St Ives.”

Simon Hopkin, from Pyle & Kenfig, agrees that all GCMA members should consider canvassing for a nomination for the awards: “Absolutely. Sometimes it’s a lonely business being a club manager, a pro or a head greenkeeper. You are in these little bubbles sometimes and, when you are exposed to the whole of the UK and get that recognition, it’s a really well deserved pat on the back.

The rigorous process from shortlisting to nominating the finalist will take several months as nominees will be filtered through various personal interviews, site visits, and a final Dragons’ Den style grilling.

Nominations for the Club Management Awards are open until July 31 on the GCMA website. 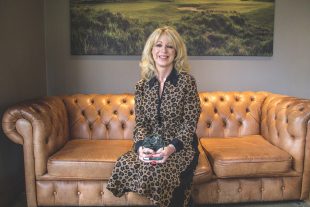