A record breaking 2015 GCMA Conference is over 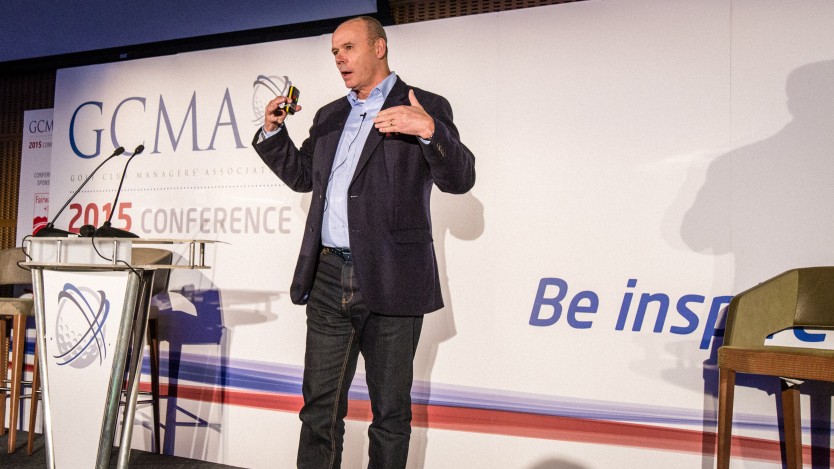 After the 2013 Conference at Hinckley Island, the Conference Planning Committee met almost immediately, and began to look forward to the 2015 conference. Whilst it may have seemed a long way off, the team was determined to use the feedback from delegates and exhibitors to build a conference that would appeal to both the Association’s members and commercial partners.

One of the main changes from 2013 was seen in the new schedule, two and a half days from Sunday to Tuesday, which was designed to minimise the time delegates spent away from the office – a key reason that was given for non-attendance that year. The team knew that the quality of the presenters and speakers needed to be improved further – so a programme of keynote speakers was devised that included a Rugby World Cup Winning Head Coach, a Solheim Cup Captain and a renowned international conductor. Breakout sessions would also be led by industry experts from across the golf management world, and the whole conference would be hosted by a veteran of BBC Radio, journalist, broadcaster and keen golfer, Peter Allen.

View a gallery of images from the conference on Facebook

The final piece of the jigsaw was the venue – Hinckley had some fond memories after three consecutive conferences there, but it was time for a change. Several locations were considered, but St George’s Park leapt out as an inspiring centre of sporting excellence. Every planning meeting that took place there confirmed that delegates wouldn’t be disappointed by their surroundings, and the team was sure that delegates would enjoy the chance to look behind the scenes of the home of English Football.

And so, from Sunday 15 to Tuesday 17 November the GCMA hosted over 300 delegates, 32 exhibiting companies and organisations, and 35 speakers in the magnificent surroundings of St George’s Park, for the sold out GCMA 2015 Conference. 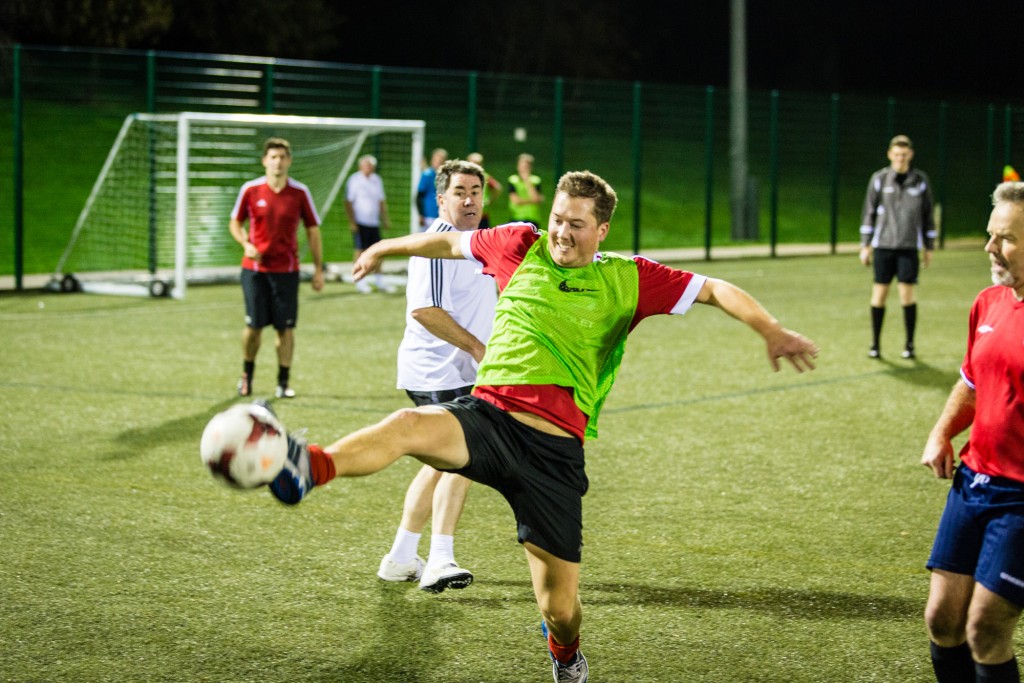 Over 40 delegates also enjoyed an informal start to the conference, with a nod to the beautiful game, as for the first time a GCMA Conference kicked off with a six-a-side tournament under floodlights on one of St George’s Park’s fantastic artificial pitches.

Nearly 40 players took part – with six teams, including an impressive delegation from the exhibitors. Competition was fierce, and usually fair, although the official FA referees in charge were called upon on more than one occasion. The GCMA Conference Trophy was eventually won by Simon Davis, Richard Jessop, Jonathan Moore, Iain Wallace, Chris Brown, Michael Rutter, and winning goal scorer, Richard Herring, who were all representing Eastern Athletic – congratulations!

More important trophies were also handed out on Monday evening, as the Association rewarded golf club management excellence, with the newly expanded Club Management Awards, which saw Langland Bay GC’s Andrew Minty becoming both the youngest, and first Welsh winner of the prestigious Manager of the Year award. The brand new categories for 2015 – Newcomer and Team of the Year – were won by Boyce Hill GC’s Alex Woodward and High Post GC respectively. 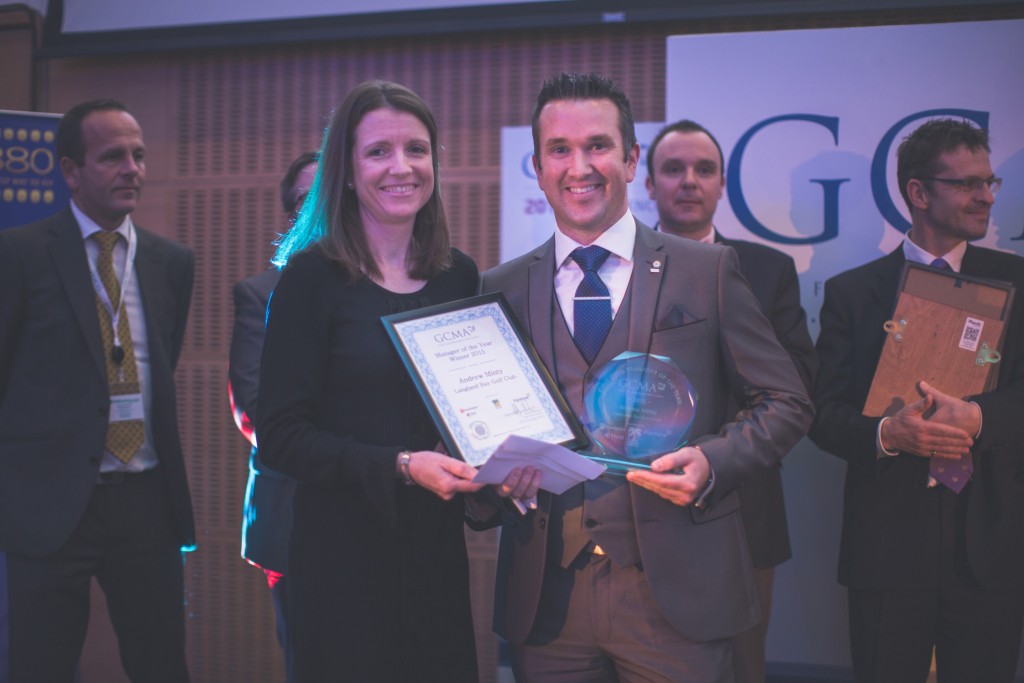 Another first saw the GCMA feature on Sky Sports, as European Solheim Cup Captain Carin Koch was interviewed live from the Conference ahead of her keynote panel discussion around the value of the female golfer. 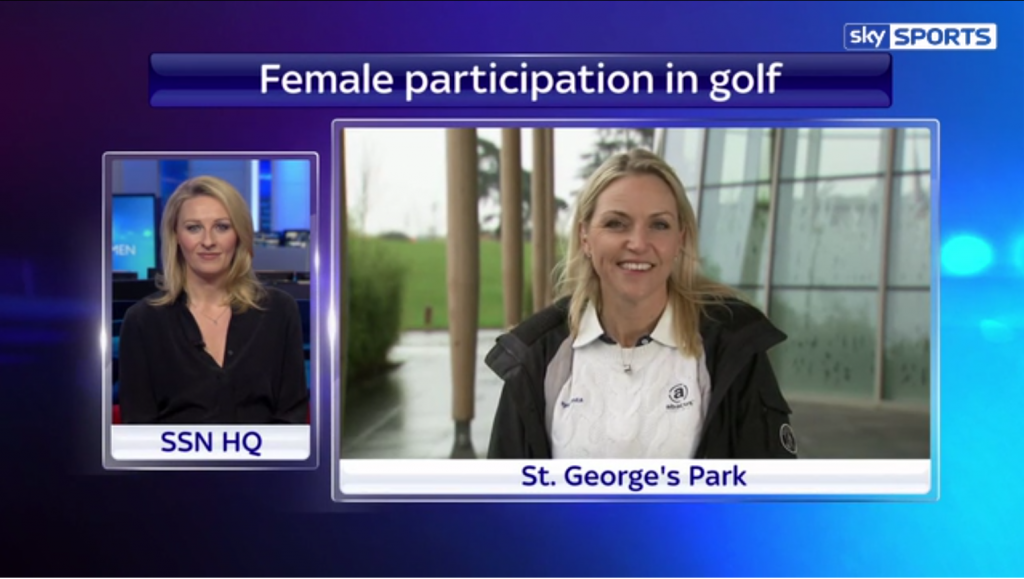 There has been some great feedback from members, exhibitors and speakers alike, with many telling the GCMA that it was the best GCMA Conference that they had attended. Indeed, 97% of attendees would recommend attending the next GCMA Conference.

I thought it was outstanding in pretty much every respect – venue, programme, hospitality, organisation and, in my view the thing that sets apart the great from the good, the attention to detail.  I loved all the little touches. I’ve attended three GCMA Conferences and this one was the best by absolutely miles.

Who would have thought it? 57 years old, over 15 years in the golf industry, many conferences behind me and a myriad of leadership and management courses in my previous banking career with a major bank, and yet I return to work today buzzing from a superb and hugely motivating conference – one of the very best. I’m gratified that, even this far down my career, I feel like I fell into the “sponge” category that Sir Clive referred to as I found my appetite growing to take every scrap and gem of information from some great speakers, as I wanted to glean everything I could from it. Thank you – it was worth every penny and you’ve made a real difference at the sharp end.

Thank you to everyone who attended – our delegates, exhibitors and speakers – planning is already well underway for the next GCMA Conference – click here to find out more about our Education programme. 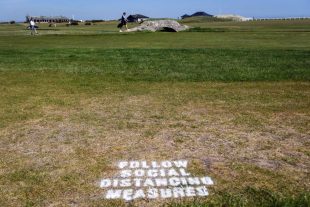 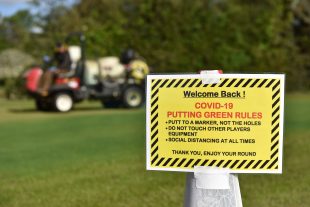